Evolution of the City | Aleppo 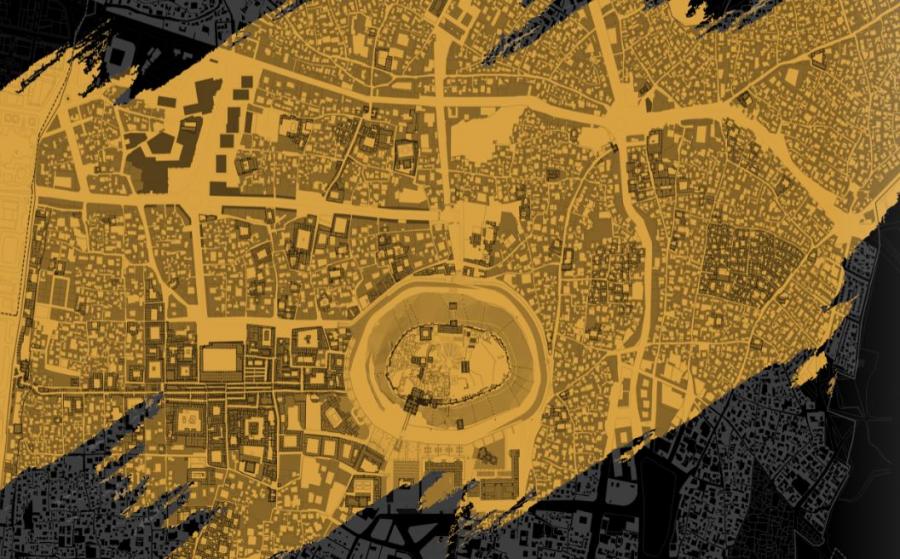 The first in a series of international events to develop our understanding of how towns and cities develop in response to environment, economy, politics and culture.

Humans have lived in cities for millennia, and during that time many different forms of urban development, architecture, lifestyle, economy, governance and management have emerged, providing an astonishing diversity. Ideas have also been shared around the world, sometimes for good and sometimes for ill.

Aleppo:
an ancient and modern city of the Eastern Mediterranean

Aleppo is one of the oldest cities in the world. Its urban origins go back as far as 6000 years. It has witnessed many different civilisations rise and fall, each one leaving their mark or influence, Amorite, Hittite, Phoenecian, Greek, Macedonian, Roman, Sassanian, Islamic, Ottoman, French, and finally 21st century corporate global. These influences can be seen in the morphology of Aleppo, and in the way it works today.

THE EVOLUTION OF ALEPPO
Dr Husam AlWaer  University of Dundee
Dr AlWaer is an architect, planner and urbanist, with a background in architecture, urban planning and sustainability. He is currently Reader in Sustainable Urban Design at the University of Dundee and has worked with various UK and International governmental and corporate agencies on research, training and engagement projects. His interests include the past and future of sustainable places, towns and cities, and in particular the development of new approaches to sustainable urbanism. He is a member of the Urban Design Group Executive, and honorary chief editor of the Urban Design and Planning journal.

THE HISTORIC HAMMAMS OF ALEPPO: Catalysts for Urban Sustainability
Dr Magda Sibley  Cardiff University
Dr Sibley is an architect with 25 years experience in full time academia. She is one of the world’s leading experts on courtyard housing and the heritage public bathhouses of Mediterranean countries and their significance as a foundation of local society. Her recent  research activities span History and Theory of Architecture and Environmental Design with a focus on energy transition in heritage settings.

THE OLD SOUKS (MARKETS) OF ALEPPO
Dr Hala Asslan  ICOMOS Syria, Cultural Heritage Specialist
Dr Asslan is a consultant for ICOMOS the International Council of Monuments and Historic Sites ICOMOS and many other international organizations. She is an Expert member of ICOMOS Committees on Historic Towns and Villages and Vernacular Architecture. She consulted on the restoration and rehabilitation of 'Souk al-Saqatiyya' in the Old City of Aleppo, World Heritage Listed 1986.

REFLECTION
Dr Ali Esmaiel  Aga Khan Trust for Culture
Dr Esmaiel is one of the founders of many initiatives and programs at the Aga Khan Trust for Culture, particularly around the preservation of the old city in Damascus and Aleppo, and most notably the project for capacity building and world-class training for distinguished architecture students in Damascus and Aleppo. He has received many local and international grants and awards, including the Chevening and ICCROM Sharjah Award.

The second event in the series, a discourse on being and becoming places, will take place in September:

A CENTURY OF EVOLUTION IN ARCHITECTURE AND URBANISM IN THE ARABIAN GULF STATES
Professor Ashraf M. Salama  University of Strathclyde