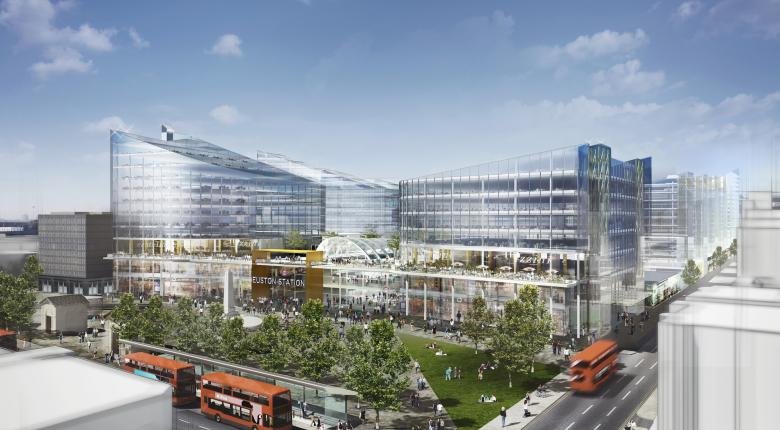 Euston Estate is situated at the heart of London outside Euston Station, one of capital’s busiest transport interchange. By the year 2020, an estimated of 60 million passengers a year will use Euston, King’s Cross and St Pancreas stations which is similar to number of travellers at Heathrow Airport. Plans to terminate HS2 at the station will increase this number even more.

Since 2007 Atkins has been working with Sydney & London Properties, as project manager to Euston Estate Partnership, to develop a vision for what the area could become.  Our initial Masterplan for the area around Euston Station was published in 2007, and was recognised as setting an exciting vision for the area, showing how a transport hub can become a driver for a high quality, place-focussed mixed use development.   The notion of Transit Orientated Development is something that has been recognised in many countries for a long time, but in the UK the term is used relatively little.  This project really focussed on understanding how improvements to the station could stimulate regeneration of the surrounding communities to maximise its economic potential.

As part of the work, a number of Atkins divisions collaborated including transport planning and design teams, Intelligent Space pedestrian movement and architecture, heritage & engineering specialists.  This inter-disciplinary team was led by our urban design unit, which brought the overview of how this new piece of city would look and feel to those that were being asked to live, work and visit.