Traffic in Towns - The Buchanan Report

Traffic in Towns was commissioned in a rather unusual way: it was an officially sponsored report not by a civil servant or politician, but by Colin Buchanan, Professor of Transport at Imperial College, who was encouraged to ‘collect his own team of colleagues’ to form a working group. Its task was to study the longterm development of motor traffic in British urban areas and the effect that it was likely to have. The published report cost 50s (£2.50), a significant sum in the 60s. To make it available the government joined with Penguin Books to publish a condensed version which sold for 50p, and it is that version that is being reviewed.

Both versions were divided into five main sections. The Working Context set out the background and looked at the growing frustrations of using cars, accidents, damage to environment, alternatives to cars, likely increase in car ownership, and the effect of accommodating cars on town form. The Theoretical Basis examined changes in travel to work patterns, travel within towns, accessibility versus the environment and the consequences for the design of major developments. These deliberations led Buchanan to develop the concept of the ‘environmental area’ (essentially free from external traffic) backed up by ‘environmental standards’.

A familiar issue was the hiatus between town planners, concerned with places and why vehicles moved to them, and road planners, concerned with the smooth flow of vehicles. Buchanan saw a clear need for the two groups to work together. Perhaps as urban designers? The civilising effect of walking and the need to create pleasant places for the pedestrian were recognised. The suggestion that an ideal road system could be likened to a tree, would probably not meet with favour today, but the division of roads into two types, Distributors for movement and Access Roads to serve buildings, would be acceptable.

Practical Studies is the third section and the most innovative; it examines the effect of accommodating traffic in four locations: Newbury (a small town), where its suggestions predicted what eventually happened in the town. One aspect followed by chance perhaps more than design, was that the inner circulation problems should be resolved before building a major bypass. Leeds (a large town), where some innovative possibilities included three alternative arrangements for distributor roads in the central area, including a road pattern based on hexagons. Luckily for Leeds even this report recognised them as impractical. The study of historic town Norwich is disappointing, but its conclusion that heritage needs protection even at the cost of the car, is probably one we still support. Finally, a Central London block (essentially Fitzrovia) offers one option of redevelopment in the Traffic Architecture style: the illustrations show a decked area and highways to near-motorway standards over Tottenham Court Road, Oxford Street and the Euston Road. Some vestiges of these ideas remain on the Euston Road whilst the more realistic ‘plan for minimum redevelopment’ has almost been implemented. It was probably the graphic illustrations of the effects of full car usage on the urban form that caused most concern amongst lay readers.

The fourth section looked at lessons to be learned from practice in the UK, including the New Towns, particularly Cumbernauld, one of the few examples of Traffic Architecture. The section on Europe and the United States included a study of Venice as a rare example of a city functioning without cars; the report writers were mostly influenced by the way that Venice fully separated vehicular and pedestrian movements.

In the final general conclusions, Buchanan recognised that only in small towns could daily life co-exist with full car use. In other situations action was necessary: integrated transportation plans would not only coordinate land use but also control demand. Some of the proposals are still valid: a system of permits to control the entry of vehicles to defined zones; electronic road pricing; and subsidising public transport to make it cheaper than car travel.

Parking Policy was examined further. Traffic in Towns saw the need to control the amount of parking provided, its location and the charges to be made. It asserted that the owner of a stationary car had the responsibility to ‘dispose of it off the highway’ . More significantly it was concerned that parking provision should not be allowed to increase congestion, another issue that has still not been fully resolved. Public Transport was seen as an essential means of putting a ‘ceiling’ on private car use. Today, the attraction of car usage seems even greater than Buchanan expected.

Buchanan saw no simple solution to peak periods: to accommodate them was too expensive; to change work patterns seemed too difficult. He suggested improving the capacity of the primary system and parking, moving some uses out of central areas, and extending the length of the peak period. None of these was fully satisfactory and the problem remains today.

Buchanan concluded that the scale of primary roads needed to accommodate full car usage was so great that the nation’s fabric could not easily assimilate them: ‘These roads must be located with regard to broader considerations of environment, well designed and visually attractive from all angles’.

The report emphasised that elements of towns have a finite ‘environmental capacity’ which provides a ceiling on the number of vehicles that can be allowed in any area. Buchanan also advocated the separation of vehicles and pedestrians, a contention that has been, perhaps unfairly, subjected to most criticism. The final conclusions relate to issues that we take for granted today such as the conflict between short- and long-term measures, which has been resolved with the introduction of transportation plans. Buchanan also makes a strong plea which rings true with urban designers: ‘A much improved concept of professional collaboration is needed, with much greater emphasis on mixed team working’.

It seems amazing that we have avoided the worst that Buchanan expected. Perhaps we display more common sense when using cars than he gave us credit for. Perhaps rising oil prices and a growing awareness of climate change, combined with greater ingenuity in vehicle design, have saved us from the problems Traffic in Towns foresaw. It could even be that the report became absorbed into the overall decision-making process and saved us from an automotive hell. Well worth revisiting, but one does wonder whether the bicycle existed as a means of transport. 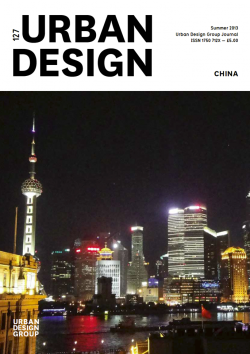 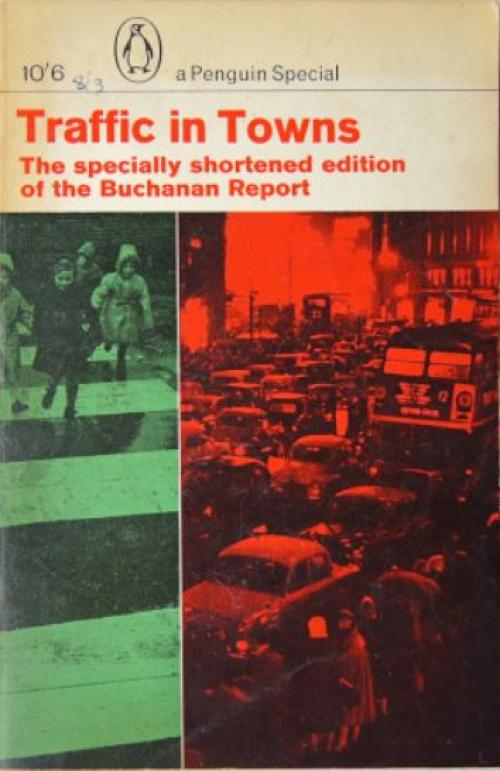