City Planning according to Artistic Principles

In 1889 when the Viennese architect and art historian Camillo Sitte published a collection of essays under the title City Planning According to Artistic Principles, it was to create an impact that went significantly beyond the somewhat parochial Viennese cultural milieu within which Sitte was immersed. The book’s lengthy subtitle, A Contribution to the Solution of Modern Problems or Architecture and Monumental Sculpture Especially with Regard to the City of Vienna is revealing: Sitte’s immediate motivation was his disillusion with the 19th century transformation of his home city. In fact, the Viennese City Planning Office took little notice of Sitte and his status as a bureaucrat seemingly barred his entry to the Austrian cultural elite. However, although the book remained without an English translation until 1945, as a counterpoint to the increasingly dominant modern planning practices it was to find considerable favour amongst the architectural wing of the planning professions within the Germanic speaking countries and beyond.

At the time of its publication, both the nature of the city and also, the practice of city planning were in a state of transition. Across Europe, the industrial revolution had given rise to the economic, physical and social transformation of the city in ways that presented a number of challenges. To accommodate growth, the structure of the pre-industrial city required radical surgery – and in some cases, complete renewal – encouraging new approaches to building densities, land use patterns, traffic and utility provision. Dismayed by the increasingly heavy bias towards the technical aspects of urban planning, Sitte derided the manner in which city building had ceased to be considered as an art and instead was being regarded merely as a technical problem. He believed that the regularly formed, symmetrically balanced proposals were designed and executed without the spatial sensitivity of the preindustrial world. As a response, he embarked on a critical study of a number of European cities whose incrementally developed centres had survived, and which would therefore allow identification of a set of artistic principles that could be used as a guide to the design of new urban areas.

Although the initial reaction to Artistic Principles was positive, support faded in line with the increasing dominance of a modernist view of the city which maintained that Sitte’s outlook was at odds with the requirements of the machine age. Famously, Le Corbusier asserted in his Urbanisme of 1929 that ‘Man walks in a straight line because he has a goal and knows where he is going. The pack donkey meanders along… he takes the line of least resistance’. It is considered that Le Corbusier is referring to Sitte as the pack donkey, a very derogatory analogy in itself! Indeed, while almost every planning student will be aware of Urbanisme, few will have engaged with Artistic Principles. Why then, 120 years after the initial publication of Artistic Principles would one advocate rediscovering or even, discovering Sitte?

Years before the townscape movement emerged, Sitte advanced the notion of sequential movement and outlined the need to create visually stimulating, urban environments in which public space should be enclosed and well defined by the relationship between the depth of the space and the height of the encompassing buildings. He defended the role and purpose of both crooked and straight streets and also, the value of creating a rich public realm that befitted pedestrian over vehicular movement. Pocket parks are essential and these should be connected as part of a wider landscape strategy. Sounds familiar?!

In over a century of technical advancements, urban design has evolved to a point where it is necessary to re-engage with Sitte’s principles. In Sitte’s time it was the detritus of the industrial city that was held to pose a threat through social and environmental diseases. Today, many see the motorcar, which strongly influenced planning ethos in the 20th century, as being the main problem. In response, planning authorities consider measures such as increasing the quality of public transport and promoting the health benefits of cycling and walking. They also create better quality public spaces meant for people rather than for the motorcar. While whether Sitte had envisaged this cannot be determined, there is certainly a connection between his principles and the objectives of contemporary planning policy in Europe and North America.

In the past decade or so, the practice of urban design has been propelled into the digital age and a wealth of new computer programmes, simulation tools and digital media of varying forms are now available to the practitioner. Add to this the core social, economic, environmental and political considerations, and the design of the built environment has become a fully integrated process. However, whilst admiring this well prepared souffle, it is perhaps valid to once again review the role of aesthetics as a defining ingredient. In this regard, Artistic Principles offers a type of early design code document; it is Sitte’s attempt to rationalise the aesthetics of urban design and translate them into a format that can be understood and applied by practitioners.

And yet, somewhat paradoxically, it can be difficult to nail down Sitte’s principles. These are embedded in an elaborate narrative and as such, the meaning can be extrapolated and interpreted in a subjective manner. To my mind, the style in which the book is written is one of its most enjoyable and uplifting attributes: it is a direct reflection of its own purpose for being. This is not a list of ten, fifteen or twenty principles that city planners should follow as a doctrine. Rather, it can be read as an idealistic description of the character of aesthetically appealing urban environments and vibrant public spaces. Essentially, it becomes irrelevant if you approach the book from a technical or an artistic disposition or even if you succeed in extracting a list of design principles; Artistic Principles is an inspiring and evocative text because it dispenses with instrumental justifications for artistry and advocates, on its own terms, the virtues of a visually stimulating built environment, a rich public realm and a strong sense of place. For me, this is the real joy of the book. 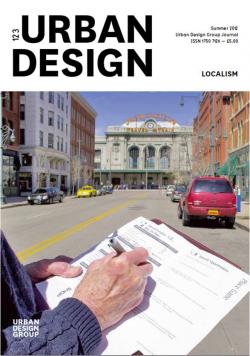 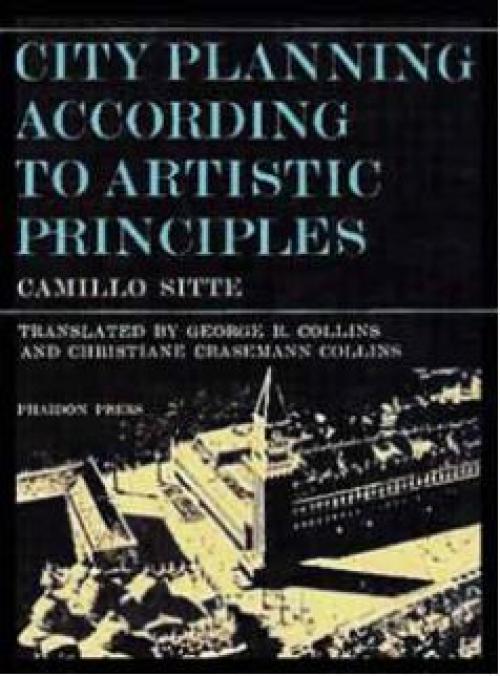 Publisher
Phaidon
Published
Reviewed By
David Edwards is an architect and an urban designer. He has practiced in the UK, Scandinavia, Africa and the Middle East.