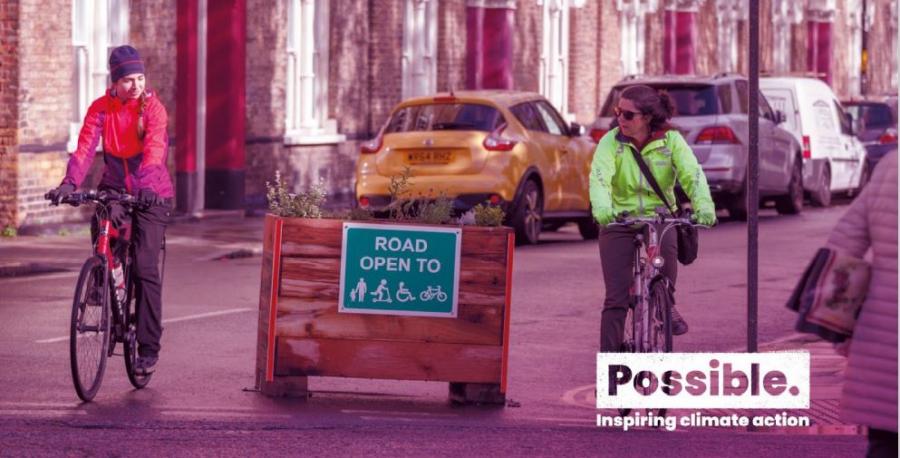 There has been extensive coverage in the press in recent months of Low Traffic Neighbourhoods. Some sources claim that they are a disaster, and indefensible, others who claim that they are a major success, and that local authorities who don’t introduce them could become liable for deaths and injuries that occur which could have been avoided had the statutory guidance been complied with.

Areas covered by LTNs vary from 48.5 percent in the City of London, 14.2 percent in Hackney, 10.7 percent in Islington and 11 boroughs with 0 percent.

50% of Londoners agree that most streets in central London should be made pedestrian-only. Around a quarter (27%) disagree.

3. Removing fear of motor traffic may be particularly important for getting people cycling. 66% of respondents in the most recent National Travel Attitudes Study agreed that “It is too dangerous for me to cycle on the roads”.

The report makes the point that people being priced out of an area by the cost of housing is a problem with housing supply, not a problem that is attached to the public realm. No one would argue that making the public realm worse: uglier, more dangerous, more polluted, is in the general interests of society and the less well-off sections of the community.

“commuting trips are skewed to men and working age adults; whereas by contrast, women make relatively high numbers of school run trips. If LTNs make walking and cycling to school, to the shops, or to local friends’ houses safer and more pleasant, this can help redress the balance in transport planning which has often seen only the commute as important.”

"London’s Black children are more at risk from pedestrian injury than its white or Asian children, while Black Londoners are less likely to own cars than white or Asian Londoners . If LTNs are introduced in 65 neighbourhoods with a demographic mix suffering high traffic injury risk, they may help redress these inequalities”

People living on main streets vs  side streets

In terms of living on main streets, the report found no difference between the population that lives on main or side streets, in inner London.

The report states that while these differences are relatively small (e.g. 90.2% of low income Outer Londoners live on residential streets, against 91.5% of the richest group), they suggest that in terms of social equity, it is more important in Outer London to introduce main road measures alongside LTNs, and ensure that high streets within an LTN area are included where possible.

Mythbusters: eight common objections to LTNs – and why they are wrong

'I got it wrong. Since the changes it's become more vibrant': life in an LTN

By tradition, the Daily Mail espouses the long-suffering motorist.

The “top paramedic" claimed that “if you are having a cardiac arrest, your chance of survival decreases by ten per cent for every minute’s delay”, and that cycle lanes were causing delays. The article omitted to mention the UK’s grave obesity rates, and the contribution to poor health made by inactive lifestyles, or the fact that someone living an active lifestyle in the cleaner air and safer streets created by low traffic neighbourhoods is less likely to develop heart disease, or to be run over, killed or seriously injured.

There have been claims that in Waltham Forest, emergency response times have decreased from pre-LTNs and cycle lane times.

The death of driving... by 1,000 cuts: How parking spaces are being quietly replaced by Covid-friendly seats and cycle bays called 'Parklets' in towns across UK

Transport Secretary Grant Shapps admits too many new cycle lanes are 'unused' leaving streets 'backed up' with traffic as he warns councils over increase in road closures... even though the routes were built using £250m fund HE unveiled

London's roads 2020: Residential road is blocked in stand-off between bus, van and car - as locals across city accuse Sadiq Khan of diverting traffic from richer to poorer areas in his war on motorists

Tories demand an end to cycle lane chaos: Road restrictions brought in during the coronavirus pandemic should be scrapped, MPs say

It was actually just 14 MPs who were demanding the scrapping.

Notably, the Daily Mail has not covered Professor Aldred’s study.