The Urban Block is the work of Jonathan Tarbatt and Chloe Street Tarbatt who are established academics and practitioners and follows Jonathan Tarbatt’s previous work on The Plot.  The book is narrow in its focus but broad in its examination of its subject.

The book is in four main parts, with a full bibliography, references and a clear index.  This is a very clearly organised and laid out piece of work. It focusses solely on the perimeter block. In doing so it could be criticised for ignoring the space between blocks and the way blocks are assembled to form an urban entity.  To have expanded the book to include those important considerations could have resulted in a book of considerable complexity. By limiting their view, the authors have been able to examine the nature of the block not only in Europe but also in Arabia, Africa and in the USA. They have also been able to explore its character as it has evolved from Antiquity through the Baroque and into the Americas.

The four main parts are headed, 'Understanding the Block' in which the issue of the block as part of the wider urban system and in history is explored; next is 'Defining the Block' in which a taxonomy of blocks is described and in which the limitations of the perimeter block are identified and in which the concept of the block can be adapted to different urban circumstances. The third section 'Designing the Block' looks at defining the character of a block in relation to the wider urban network and suggests some basic 'Design Principles'. This part concludes with an examination of the vexed questions of corners and vehicle parking. The fourth part shows examples and focusses on urban form rather than on style. It illustrates examples from tight urban locations to relaxed suburban forms.

Throughout the book a consistent graphic style is used for all plans. The simple device of always orientating block plans to the north and in most instances using a standard bar scale, significantly aids understanding and enables the reader to make simple cross references. The language used is clear and direct and one jury member claimed it was a joy to read even allowing a touch of humour to enter the text.

The Urban Block was chosen by the jury as the Urban Design Group’s Book of the year 2021. It will be of value to urban design students and practitioners alike. 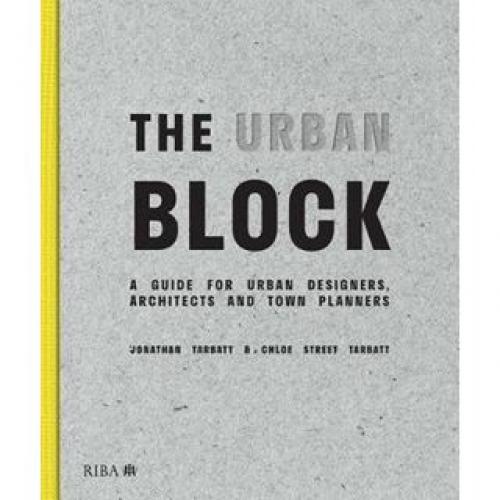