Concerns about the depletion of urban design skills in local authorities are not new. Chairing this well-attended online meeting, Laura Alvarez (Nottingham City Council) said the subject cropped up at almost every professional event. Recruitment was stalling, training budgets had been cut and officers still in post were considered too hardpressed to be indulged in the luxury of CPD.

In 2017, Place Alliance undertook a survey of English local authorities. It made bleak reading, confirming that most authorities had little or no access to specialist design staff. Worse, there were wide geographical variations, with a disturbing link between badly designed places (as shown in successive housing quality audits) and low staffing skills.

Four years on, Place Alliance have returned to the field. Their 2021 report The Design Deficit was summarised by its lead author, Professor Matthew Carmona of the Bartlett School of Planning. Using a Freedom of Information request, Place Alliance were able to get a high response (71 per cent) from local authorities. The figures revealed a position little better than in 2017, with low numbers of in-house urban designers. Landscape architects had reduced further. Public engagement in design was still taking a back seat and design review remained patchy. At the present rate of progress, it would take until 2077 before each local authority has at least one urban designer. In attempting to cope, too much was falling on the shoulders of hard-pressed planners or conservation officers. Local authorities have become dependent on consultants, who offer high skills but at a price, and inevitably lack the local knowledge of in-house staff.

Place Alliance also revealed concerns about training: CPD budgets have been slashed, and training limited to design awareness rather than substantial skills development.

Three days before the launch of The Design Deficit report, the Government had issued a new National Planning Policy Framework, which for the first time requires local planning authorities to prepare design guides or codes, in line with the National Design Guide and National Model Design Code. The new Office for Place - launched at the same time - is on hand to provide general encouragement and support.

The audience was keen to hear how this new requirement for local authorities would be resourced. Responding to the Place Alliance report, Joanna Averley (MHCLG’s Chief Planner) and Nicholas Boys Smith (Chair of the Office for Place) welcomed the hard evidence on local authorities, and both seemed relieved that the position had at least stabilised. Boys Smith thought it was not just a matter of staff numbers; too much planning time is taken on reactive development control and not enough on strategic planning (including, presumably plan-making, coding and guidance). He contrasted the UK with regimes in other countries, where more prescriptive zoning and mandatory plans are commonplace, but with less time-consuming development control. The system needed to change to ensure better use of the resources that we have. Boys Smith also thought that design quality was not just a matter of staffing, but reflected an economic imperative in deprived areas, a drive towards development at all costs that trumped investment in design.

The session ended with a historical perspective from Alan Stones, formerly of Essex County Council. Alan described the positive work that a well-resourced, multidisciplinary team could achieve, pointing to the influential Essex Design Guide as an example.

The Place Alliance report concludes with firm recommendations for central government, the Office for Place and senior staff in local authorities. Over the coming months, their willingness to act will be watched closely.

Funded by the Urban Design Group and supported by the Design Council, the report is available on the link below 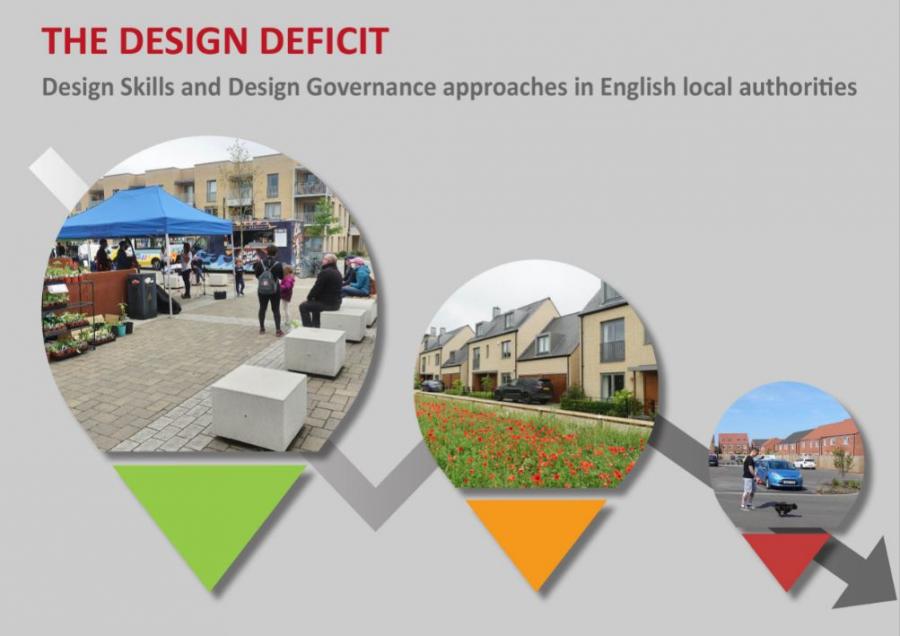 REPORT PRESENTATION
Matthew Carmona  The Bartlett, UCL and Chair of the Place Alliance