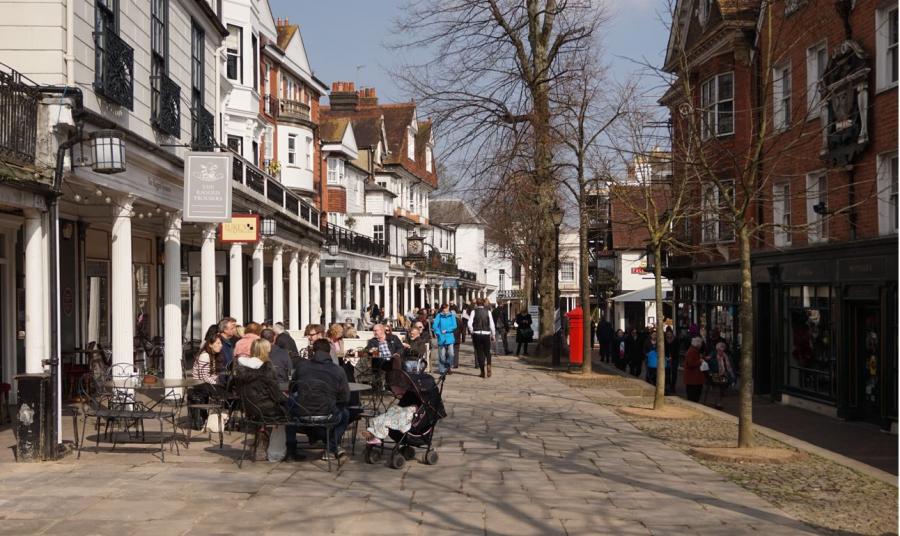 An opportunity to look at and discuss with friends and colleagues the fashionable, refined and very proper Royal Tunbridge Wells

...and go Christmas shopping too!

Established as a spa resort for royalty and nobility, the town began to develop from the late 17th century, in response to the apparent health giving properties of the waters. It was at this time, when fancy clothes, 'walks' and promenading were becoming fashionable that Tunbridge Wells’ famous 'Pantiles', a promenade flanked by shops, was carefully planned and built.

Much has happened since:

There is much to learn from the town including the impact of changes in movement patterns and costs, fashion, social change, and changes in retail economics.

Meet outside Tunbridge Wells station 11.15 am. Trains from London run half hourly from Charing Cross, Waterloo East, and London Bridge.