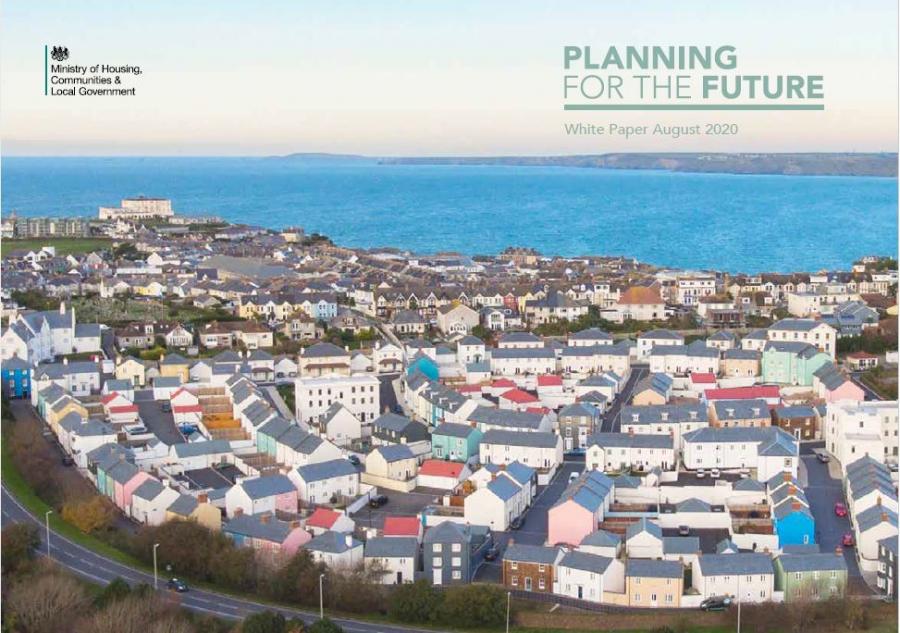 How can the proposals for the changes to the planning system address the strategic problems that have been identified by so many different organisations, as well as deliver on the Government’s commitment to walking, cycling and Zero Carbon?

Join this free event to find out more, and feed in your views to the consultation on the Planning White Paper.

For reference: UDG's Briefing Sheet on The Planning White Paper - 60 pages summarised in 4

In the 1920s, England was plagued by Ribbon Development spreading out into the countryside along main roads.  One hundred years on, is being plagued by new development located in remote countryside sites that are wholly car dependent. This form of development wastes land, worsens congestion and air pollution in adjoining towns, and creates inactive lifestyles that lead to poor physical and mental health outcomes.

The issue has been raised by many different organisations:

The RTPI in its work on Location of Development found that only 1/5th of housing planning permissions surveyed were within walking distance of a railway station.

Transport for New Homes research published in the report “Garden Villages and Garden Towns: Visions and Reality found that most of the current programme of Garden Villages and Garden towns have been planned in the wrong locations, far from town centres and rail stations; that they lack local facilities and that their streets are designed around car use. Funding for walking, cycling and public transport is missing.

The Urban Design Group which has been stressing the need for strategic urban design and an approach to new development which respects the form of existing towns.

Chartered Institute of Highways and Transportation have called for changes to the way we link planning and transportation in the report Better Planning, Better Transport, Better Places

The Government has signalled a change in transport policy, with the new plan for walking and cycling in England Gear Change: A bold vision for cycling and walking, and the creation of Active Travel England, but will this make changes at a strategic level?

The first in a four part series of events on the Planning White Paper - to see forthcoming events visit the UDG events page.

Recordings can be viewed on our White Paper playlist on youtube.