Lessons from the Middle East 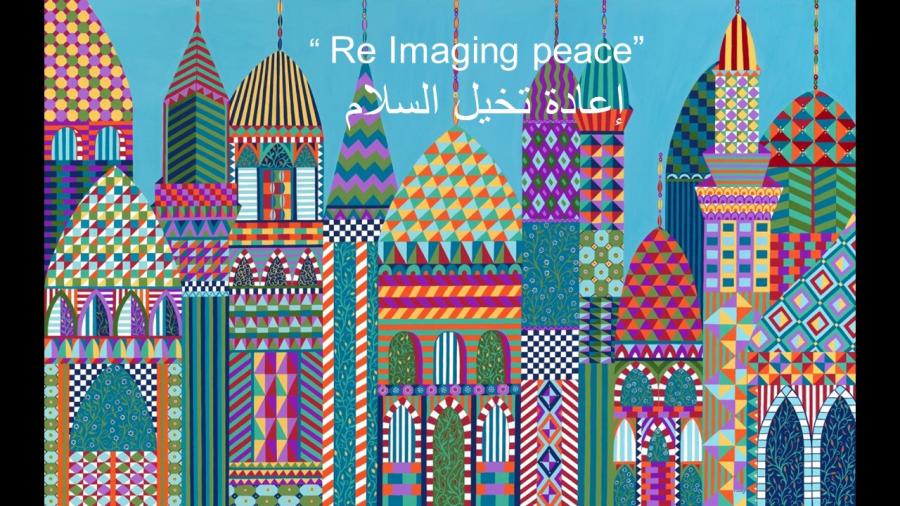 The world’s first cities were created in the lands of the Middle East. Over the coming millennia, there developed what have been among the world’s greatest civilisations, excelling in art, architecture, literature, philosophy and science, and which provided much of the foundation for the modern world. Despite this, the region has become a battlefield between major powers, and its peoples have been subject to war and terror.

Husam Al Waer, University of Dundee leads this heart-warming and eye-opening event, to show that the region still has lessons for the rest of the world in the way it forms and manages its towns and cities.

A STORY FROM THE EAST
Husam Al Waer tells a tale of urban tragedy and triumph. Set to music with illustrations from artist, Helen Zughaib.

AL ZA'ATARI REFUGEE CAMP: an enforced Fifteen Minute City
Al Za’atari is one of the world’s largest refugee camps, providing a home of sorts to 100,000 people, who have fled the civil war in Syria. Created by the UNHCR the settlement was laid out in the desert on a regular grid with accommodation provided in regimented rows of caravans of 10 metres square.

The standard urban delivery model worldwide excludes people from decisions on how they configure their neighbourhoods, streets and houses. In al Zaatari people have been able to make changes. As such, Al Za’atari is a major experiment in how people try to optimise the environments, even in the desperate circumstances of a refugee camp. There are important lessons to be learned with global relevance.

What does a 15 minute town look like if people are left to co-create their own environment? We explore the lessons from  al-Za'atari refugee Camp in Jordan. 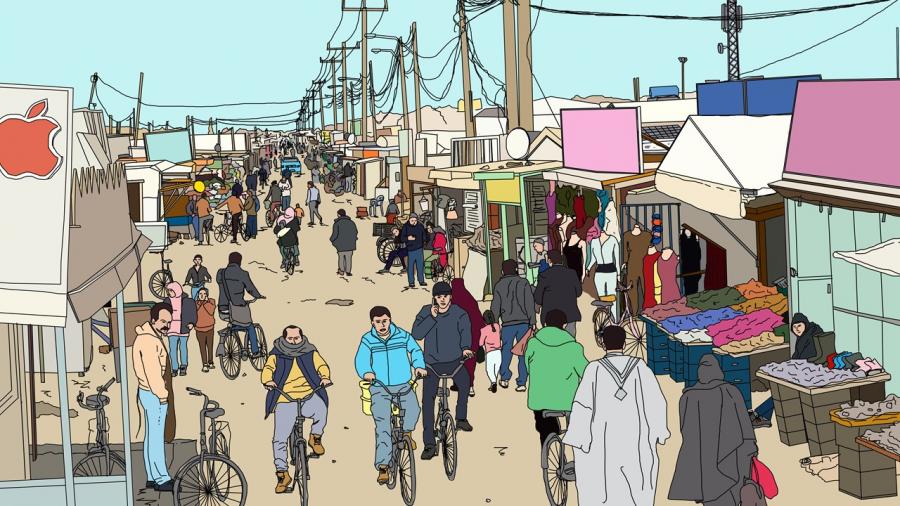 Self-organised high street forms in Al Za’atari - what can this tell us about towns and cities in Western Europe?

Kilian Kleinschmidt  IPA / switxboard GmbH
a German entrepreneur and former UNHCR official who served as the director of the Zaatari refugee camp. Dubbed 'mayor of Al Za’atari' he is credited with transforming the town from a chaotic and crime-ridden place to a thriving and stable community ready for its transition to the next phase of its development.

Husam AlWaer  University of Dundee
describes how people changed the houses, public spaces and streets of al-Zaatari; the transition from top down to bottom up.

Karen Fisher  University of Washington
talks about her work to preserve the memory of the cultural heritage that refugees left behind in Syria, among the younger members of the community, and involving them in design.

Margherita Moscardini  artist and cultural anthropologist
tells the story of the creation of over 60 fountains bringing beauty to the camp despite desperate circumstances.