Paul is a founding director at Tapestry - an urban planning and design practice based in Hackney Wick, East London. He is dual qualified as both a Chartered Landscape Architect and an Urban Designer, and has led on regeneration, masterplanning and public realm work in London and around the UK for two decades, including 15 years working for the multidisciplinary consultancy Atkins.

His wide and varied experience includes working across all scales of design projects from area frameworks and masterplans to individual streets and spaces, and for clients including local authorities, central government, and private developers. He also proviides expert witness services on Urban Design and Landscape, Townscape & Visual Impact Matters at both planning inquiry and Upper Tribunal (Lands Chamber) level.

Paul has authored and led the production of public realm strategies and street design guides, and he has also provided landscape and urban realm design services as part of large multidisciplinary teams on major infrastructure schemes.  He is a recognised expert in the masterplanning and design of transport interchanges and has been involved in high profle projects such as Crossrail and HS2 as well as a number of smaller schemes around the UK.

Paul is Honorary Secretary of the Urban Design Group, the UK’s leading group for Urban Design, and since 2009 he has also been an Expert Advisor on Landscape and Urban Design to the Northern Ireland Ministerial Advisory Group on Architecture and the Built Environment. He is a Chair of the London Borough of Hackney design review panel, and a member of the LB Islington and DSE Panels. He has also recently been appointed to both the High Streets Task Force and the Design Council’s new network of Design Experts. Paul is also a frequent contributor to professional journals, and is a regular speaker at industry conferences - in the past he has spoken at conferences in Europe, Africa, North America, China and the Middle East. 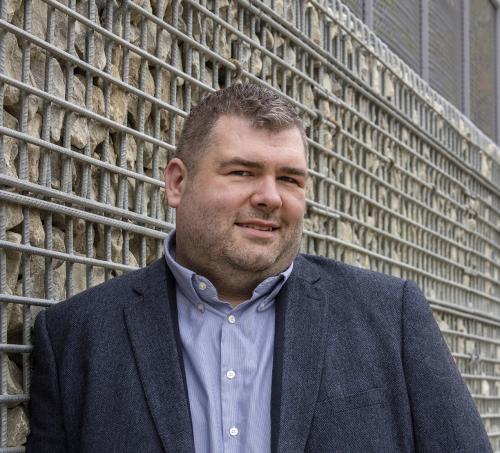