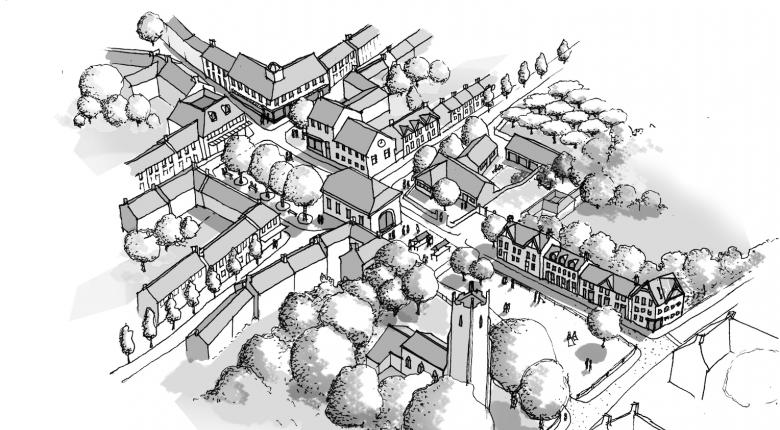 The village of West Winch, to the south of King’s Lynn, dates from Norman times and grew around a church and manor farm. Estates were added in the late 20th century but today the village lacks coherence and the historic centre is blighted by HGV traffic on the busy A10.

Since 2009 Alan Baxter has been working closely with King’s Lynn and West Norfolk Borough Council, West Winch Neighbourhood Forum and Parish Councils on behalf of a group of local landowners to develop the overall framework for the Borough’s strategic growth area.

Alan Baxter’s ‘Strategy for Sustainable Growth’ demonstrates that by focusing growth around the historic centre of West Winch the disparate parts of the village can be reconnected and local amenities enhanced. A bypass connection to the A47, traffic calmed village centre, and retention of green corridors leading to the Fen will deliver significant benefits for both King’s Lynn and West Winch while retaining the special character of the area.

The strategy has been well received and the area is now allocated to deliver around 3,500 homes. Alan Baxter is currently preparing the phase 1 planning application for new homes around the expanded village centre, providing masterplanning and site engineering advice.