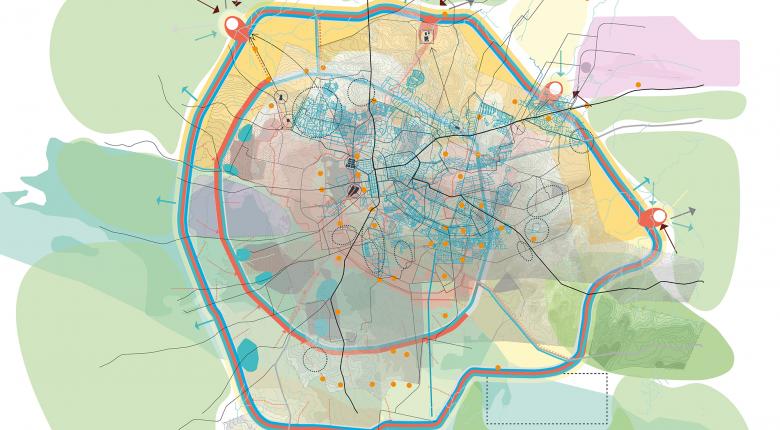 WaterAid approached Sheppard Robson in early 2012 to work on a unique project called ‘Spatial Planning for Urban Sanitation and Water’. The project’s focus is to look in detail at how issues of clean water supply and sanitation can be improved in some of the most rapidly expanding cities. Four cities within Africa have been chosen due to their various contrasting issues within the wider water sector. The focus cities are Lusaka (Zambia), Kinshasa (DR Congo), Lagos (Nigeria) and Maputo (Mozambique), giving a mix of city sizes and development history. Sheppard Robson work closely with WaterAid’s own experts including WaterAid’s Country Programmes and UK-based teams. The joint project covers different thematic areas: urban, finance and water security/climate change.

The project has produced high level analysis and plans specifically for water and sanitation infrastructure. We have produced new analysis and plans for those cities where they are not currently in place or have lapsed, and additional proposals for those cities where they exist but are in need of extension and updating. The plans will be long-term, with a planning horizon of 50 to 100 years, pro-poor in ensuring informal, peri-urban settlements and slums are incorporated, and aligned with existing broader infrastructure plans for the cities concerned.

The project focuses on a comprehensive approach for each city that takes account of the rapid urbanisation underway, as well as the impacts of climate change and residential and industrial development on water quality. Our work also seeks to ensure sustainability issues - financial, human resources, technical and environmental - are fully considered. The development of the analysis is being conducted in close collaboration with the government, municipal authorities and utilities companies responsible for the cities concerned, including workshops and site visits in all four cities.