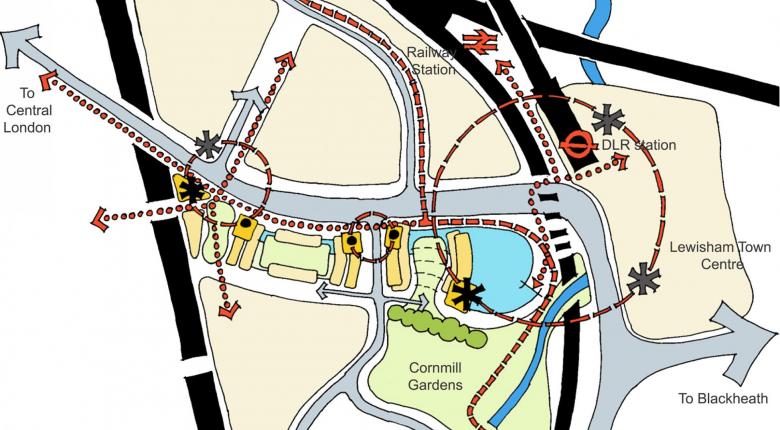 Renaissance has kick-started the wider regeneration of Lewisham, an area currently undergoing considerable change, transforming a previously run-down site into a vibrant community and sustainable place that embraces 21st Century urban living. A collaboration between Barratt London, the London Borough of Lewisham and London & Quadrant Housing, this 1.7 hectare mixed-use scheme comprises 795 new private and affordable homes, a state-of-the-art Leisure Centre, new community facilities for the London City Mission and a range of commercial space which forms part of an overarching cultural strategy.

The layout, grouping and landscaping of the scheme were designed to respond to boundary constraints, consisting of a busy main road (Loampit Vale) to the north, railway viaducts to both the east and west, and a large existing school to the south. Improved connections through the site and beyond help to fully integrate the project into recent and future public realm improvements and developments. Focal buildings act as bookends to the new routes and assist with wayfinding whilst marking the development as the entrance to Lewisham and initiating regeneration in the area.

Built in phases over six years, the eight main buildings range in height from five to 24 storeys and each have an architectural distinctiveness which responds to the immediate context, yet together create a cohesive ensemble to form a processional route down Loampit Vale towards the town centre.

The development has created a diverse, integrated community for Lewisham which has won several design accolades including Commendation at The Sunday Times British Homes Awards 2016 for Development of the Year.