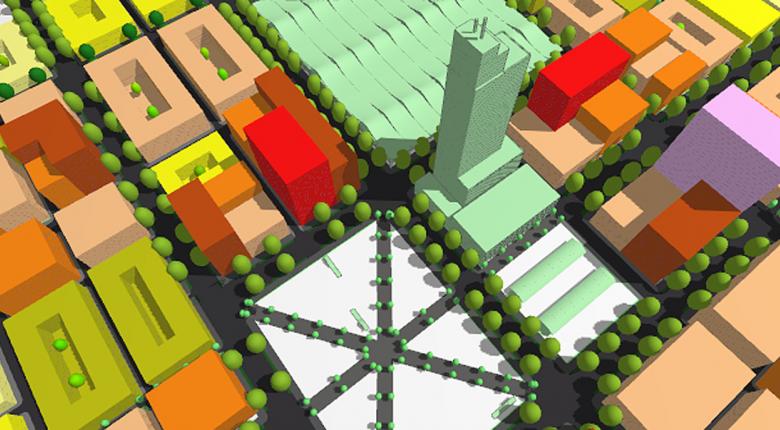 The purpose of this study was to test the development potential and capacity of the Heathrow Airport site, in order to better inform the debate about strategic airport development options in the South East of the UK. If Heathrow was replaced by a new hub, as was suggested, the current airport site would represent a large and well-connected development opportunity which could meet a great deal of London’s demand for new housing.

Holistic City collaborated with a spatial optimization consultant to explore the potential of the site through generative masterplanning techniques. A spatial arrangement of high and low density mixed, commercial and residential land uses on the site was generated with the best combination of total land value, contiguity of land uses and compatibility of adjacent land uses. Land value was calculated based on assumptions about proximity to certain features. For example, residential land values were adjusted upwards significantly within walking distance of tube stations.

This layout was then ‘sense checked’ and the weightings refined, and the results suggested a new city should be built in the centre of the existing Heathrow site, with other areas of development clustering around other public transport nodes on the site’s edge. A more detailed CityCAD model was built of this central area, and was used to estimate the total population and housing delivery potential of the development, as well as its sustainability and financial performance.