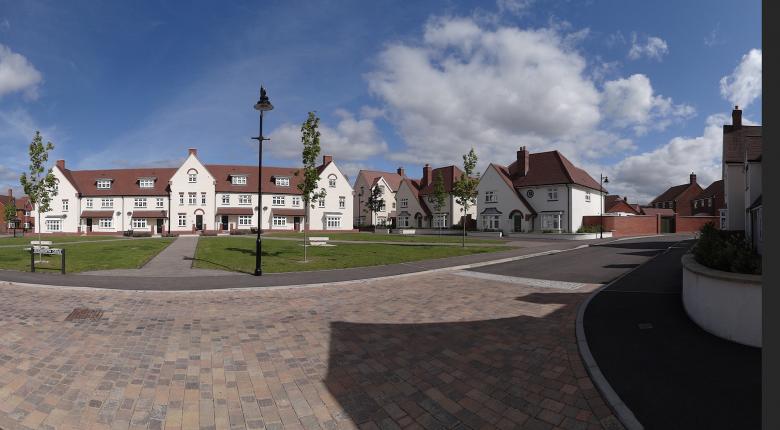 Development of up to 550 dwellings south of Boscombe Road in Amesbury was completed in 2010. A further 170 dwellings are under construction with furthur phases to follow.

The scheme includes a local centre with shops, a public house and community building together with a junior school, playing fields, changing facilities, public open space and link road running alongside Boscombe Down Airfield. All of these elements were masterplanned before the detailed design stages, and the scheme guided by a detailed Design Code.

The development is conceived as an urban extension to the town but with its own new sub-centre. Designed around a hierarchy of streets and wide green routes connected to spaces with their own identity, the scheme promotes legibility and permeability.

The appearance of the built form is drawn from examples within the town, together with the surrounding settlements to create a traditional feel augmented by specific areas of contemporary design, such as the central crescent.