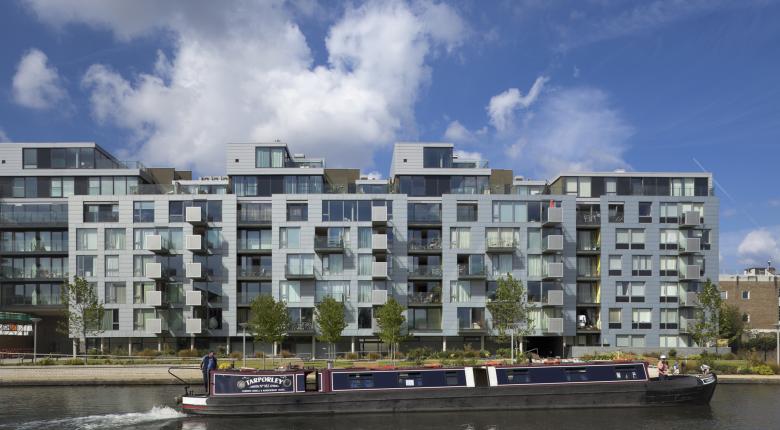 We assume that community benefits and commercial return can be achieved simultaneously – as in our creation of a public canal-side garden at Angel Waterside in Islington. This was a highly profitable scheme which also went on to win a string of awards, including a Housing Design Award

Built in 1820, City Road Basin was once one of the major commercial canal basins in London and was always inaccessible to the local community. Since the 1950s it had become largely derelict. Our scheme for Angel Waterside opened up both the land around the basin and the waterspace itself to the public, realising the site’s potential as a substantial leisure resource for leisure in an area with very little public open space, and to use this as a catalyst for urban renewal.

The scheme consists of 84 mixed-tenure apartments and street level office suites, pulled back from the canal to allow the creation of a public garden. The linked apartment blocks have four cores, enabling the integration of 25 affordable rented homes with luxury penthouse apartments. From the outside it is impossible to tell the difference between the tenures, and residents live harmoniously side by side, sharing a view of the water and use of the new public garden.

Creating the public garden provides a major social asset, and it also won local support for our planning application, allowed us to increase density on the remaining part of the site, and created a great setting for the development.