The vision for the NMDC is to provide a guide to writing local codes, rather than being a model code itself. This draws on European zonal planning systems although not being able to use the term ‘Zone’ the code introduces the term ‘Area Types’. These are areas of consistent character and the code sets out how guidance can be created for each Area Type that is, as far as possible, precise, quantifiable and verifiable. This differs from the previous subjective approaches to design coding in the UK and has the potential to transform the way local design guidance is used.

The initial idea for a Model Code was that it would be a set of default values so if no local guidance existed, then the National Design Code would apply. Both URBED and MHCLG staff believed that this was both impossible and undesirable given the variation in local circumstances.

The publish code is by contrast a process for identifying Area Types and consulting with local people to create locally relevant, practical and applicable coding. The seven-step process is clear and easy for local authorities to follow and the guidance notes provide details of what codes should contain and how the policies should be framed. The images are even provided copyright free for use in local codes.

Much design guidance is subjective and it is easy to get agreement about promoting quality design, it can be difficult to use the guidance to influence what developers are proposing or to refuse poor schemes. The aim of the model code it to set out qualifiable parameters, such as density, building line, heights, boundary treatment, party wall condition etc. These are yes/no issues that are easy for developers to follow and for planners to assess and use as part of the planning system.

The process has been piloted in 2021 with 14 local authorities receiving resources to test different aspects of the code. This has thrown up some issues, mainly relating to the application of the code in inappropriate circumstances (such as a single site). However generally the process has been well received and the final version of the Model Code was published in Summer 2021.

In many respects a good design code is about getting the basics right rather than promoting excellence. If the average quality of new development could be risen to the level of ‘good’ then we would have made huge progress. As the National Housing Audit demonstrated, at present a small amount of new housing is excellent while 75% is ‘mediocre’ or ‘poor’. We should always nod to excellence and we should certainly never stand in its way, but the greatest progress will be made by raising the average, which is what the NMDC seeks to do.

It is also important to note that the code guidance notes were bound by government policy and the extent to which of local planning authorities can exceed this. The Guidance Notes, for example, were not able to go beyond the Future Homes Standard, the Nationally Described Space Standards, or the 10% net biodiversity gain. 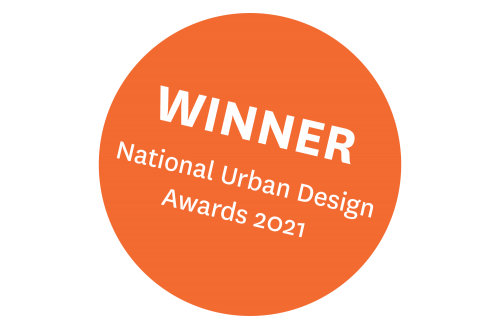 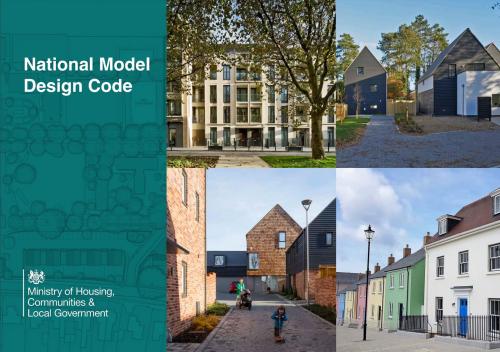 "Comprehensive guidance on the production of design codes that could transform design quality across England, if local authorities are given resources to implement it."