Social Justice and the City

When this book was published, it exerted several spheres of influence. One of them was to highlight the evolution of the built environment, how it was studied and explained, as well as how practitioners intervened in it. At that time, some post-NASA ‘man on the moon’ scientists found their way into planning, with the ambition to shift it from a vocational to a scientific subject, with the result that modelling and Systems Theory became its new credo. David Harvey belonged to another academic discipline, geography, which embraced quantitative revolution. However, while planning theory resorted to geospatial information science promoted by the geographer Brian Berry, geography also branched out to humanistic fields, encompassing cultural and urban geography. Harvey’s intellectual trajectory formed part of these transformations. His first book Explanation in Geography (1969), in which he endeavoured to reconcile his geographic philosophy with quantification methodology, greatly impressed young planning and design professionals with an academic background.

Harvey’s inquisitive and critical mind never stood still and in Social Justice and the City, he challenged his own approach by affirming that urban geography could not remain objective and disengage itself from socio-economic phenomena such as inequality or urban poverty. This book made a profound impression on my own understanding of the production of the built environment and how it is lived in, following Harvey’s definition of urbanism as a dichotomy between the city as a built form and urbanism as a way of life. More recently, Richard Sennett has returned to this theme by distinguishing ‘ville’ and ‘cité’ in Building and Dwelling (2020) based on his design experience and planning practice, as well as other theoretical considerations.

Henri Lefebvre whose books Harvey (and I) read in French when they were published, elaborated on this in The Right to the CIty (1968) a theme taken up by Harvey and incorporated in later editions. However, in his concluding reflections, Harvey’s work positioned him closer to Lefebvre’s The Urban Revolution (1970) and Marxist Thought and the City (1972), a Marxist approach that Harvey adopted and elaborated throughout his writings. Lefebvre’s The Production of Space (1974) develops many themes evoked by Harvey for further study.

The themes in Social Justice and the City, presented in three parts - Liberal formulations, Socialist formulations and Synthesis - reflect Harvey’s evolution at that time, connecting the spatial with the social. For urban designers and their physical-spatial background, how Harvey relates space to social and ultimately political dimensions of the city remains relevant. His understanding contrasted with social scientists, such as the urban sociologists who dealt with socio-economic and cultural aspects without spatialising them, even when they were focusing on cities.

Harvey’s book contrasts even more with the simplistic, mechanistic and highly contestable links that urban designers tend to adopt between the built environment and how it is assumed to shape human behaviour. Perceived as causal links, these correlations continue to influence urban design thinking, and for that reason alone reading Harvey’s work challenging this position is useful and thought-provoking.

In the first part, Liberal formulations, Harvey puts forward arguments on why planning seems unable to explain the city from its interface between spatial and social analysis. Discussing social processes and spatial form, Harvey critiques the conceptual problems of planning, and especially the dilemma between assumptions and their impact on design outcomes. When dealing with the issue of the redistribution of income in the city, he introduces growth and the speed of change, together with cost related to space and location, bringing him to the concept of social justice in space.

Part II, Socialist formulations, contains more theoretical arguments about revolution and counter-revolution, illustrated by ghetto formation, followed by a discussion of the use value and exchange value of urban land related to property and rent, which is as relevant now as then, for more equitable access to urban space. In ‘urbanism and the city’ he introduces the notion of surplus value related to the nature of urbanism, based on Marx’s theory of labour. Some of those thoughts about urbanism may still inspire reflection today. According to Harvey ‘urbanism is a patterning of individual activity which, when aggregated, forms a mode of economic and social integration capable of mobilising, extracting and concentrating significant quantities of the socially designated surplus product’. And also ‘urbanism may originate with the transformation from a mode of economic integration based on reciprocity to one based on redistribution’. He thus clearly links urbanity to urban economic processes, albeit considering this a necessary but not sufficient connection between them. This is explained as ‘generative cities produce growth but parasitic cities do not’. The last section consists of a historic perspective on models of economic integration and the space economy of urbanism.

Adopting a dialectic method, Part III, Synthesis, is more theoretical in its conclusions and reflections, reviewing methods and theories applied in the preceding parts. It ends with an essay on the nature of urbanism. Refuting both Wilson’s ‘entropy formulation’ and Doxiadis’ ‘design mysticism’, Harvey considers ‘optimising the city’ as meaningless, despite attempting to examine the city as a totality. For him, partial analysis can only deal with problems in the city rather than of the city. When discussing his approach with Lefebvre’s thesis, he finds that ‘the distinctive role which space plays in both the organisation of production and patterning social relationships is consequently expressed in urban structure... and urban structure, once created affects the future development of social relationships and the organisation of production’. So clearly, he subscribed to a relation between urban form and living in cities, but not in a mechanistic mode. He sees new antagonisms arising with the changing scale and density of city organisation. Effective space is forever being turned into created space, affecting property rights and the spatial development process driven by fixed capital formation. Nowadays this is driven by financial capital rather than industrial capital as assumed at the time, creating increasing cultural heterogeneity and territorial differentiation in the urban system. Today as then, this is affecting both the role of government and civil society, individuals and communities. The question is where does this put the role and social responsibility of the urban designer? 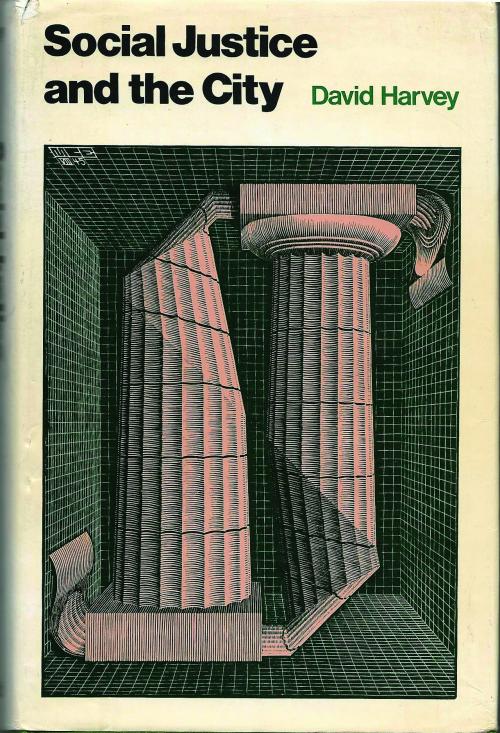