The Power Broker Robert Moses and The Fall Of New York

Robert A Caro’s epic account of the life of Robert Moses, the man central to shaping the physical fabric and governance of 20th century New York, is both scholarly and highly readable. It is considered a definitive account of the play of power in the making of the greatest world city at the height of the American Century. The interplay of history and personality, of grand vision compellingly and painstakingly pursued through the lens of a life story, means The Power Broker can at times evoke the brilliant writing of Philip Roth.

Moses built 14 Expressways, hundreds of public parks, swimming pools and scores of other developments, including Triborough and Verrazano Bridges. He transformed the physical landscape of New York City, commissioning projects that embody some of New York’s finest historical architecture and landscape. His impact on New York draws comparisons with Haussmann’s remodeling of Paris.

The reach of Caro’s research is as remarkable as the extent of the works; the story is told from the inside. Moses’ appointment in 1934 as commissioner of parks and parkway development by newly elected liberal republican Mayor Fiorello La Guardia provided a platform for him to re-engineer the city’s bureaucracy and to begin re-crafting the city itself. The City drew on the Federal Government’s New Deal resources, supplemented by the raising of tolls on bridges, and by issuing bonds. Steadily, Moses influence grew as independent vehicles were created to raise finance, to commission and deliver public works. The reformer set out to end the Tammany Hall systems of patronage in contracts, and took supreme control of jobs, contracts and privileges in a regime as elitist as the system the youthful Moses set out to eradicate. Moses’ determination to drive an expressway through Washington Square, Greenwich Village, and Jane Jacobs’ winning determination to stop him, became the defining moment in establishing the values that inform contemporary urbanism.

Not until the 1960s did the ‘power broker’ fall from grace. The Rockefeller administration took back power and control from the executive: a different consensus between public and political elite had to be struck.

Moses, forced to engage with the book which ‘tries to prove I was a good boy, who fell from grace, became a politician and mistreated the poor’, denounces its veracity in his inimitable style: ‘the biography is full of mistakes, unsupported charges, nasty, baseless personalities and random haymakers thrown at just about anybody in public life’. Caro, tersely retorts: ‘It is slightly absurd (but typical of Robert Moses) to label as without documentation a book that has 83 solid pages of single-spaced, small-type notes and that is based on seven years of research, including 522 separate interviews’.

In the introduction, Caro invokes Sophocles: ‘We must wait until the evening to see how splendid the day has been’. Caro looks on despairingly at 1960s New York, the sunset of Moses’ career, and sees chaos, congestion, fear and despair.

Yet twenty years on, Caro’s negative assessment is not universally shared. Ballon and Jackson’s 2007 re-appraisal of Moses notes a renewed interest in Moses’ achievements, spurred, they suggest, by ‘a fear that New York can no longer execute ambitious projects because of a multi-layered process of citizen and governmental review’. Moses ‘looks different in a national context than he does in isolation’. Without seeking to diminish his failings, their account re-poses New York’s transformation in terms of the imperatives of growth, modernisation, and responses to federal funding and policies.

The challenge exposes the central flaw in the Caro account. Many of the apparently exceptional features of New York’s development are typical of city development across the USA. It becomes clear that Caro’s narrative of naïve public support for Moses in the 1930s followed by loss of faith in the 1950s actually reflects a wider loss of confidence in government and urban programmes altogether, rather than a specific loss of confidence in Moses. Caro’s focus on the individual, although highly contextualised, over-emphasises Moses’ personal attributes and thereby undervalues the wider social and political changes at play.

Moses viewed the world from the perspective of the needs of the city as a whole rather than the neighbourhood and its communities. While, Jacobs’ ‘view from the street’ is rich and human, as citizens our needs and desires are bound up with the futures of cities and regions too. Today, we have become mistrustful of governments and politicians; despite Moses’ disdainful contempt for the public, he could engender popular support for his projects in a manner unimaginable in our risk averse, suspicious, mistrustful times.

Can we imagine public support for largescale transformation and development, not just for ‘nudging’ incremental and organic changes? Probably, the answer is: not at the moment. Right now, the most optimistic outcome could be for the government to put more tools and resources in the hands of people. Allowing people to come together to take over buildings, to experiment with social enterprises and to plan simply by taking over, can be a good way of kick-starting a new wave of urbanism. It is perhaps one precondition for resurrecting a sense of agency. Caro would cheer: the solution is for all the contemporary Robert Moses figures to simply get out of the way.

But we should recognise something lost here. We sorely need large-scale investment and development to meet our needs. To achieve this we need plans to extend our cities and to embrace growth. We need to scale up our imagination, our ambitions, and our plans. Moses demonstrated technical and organizational possibilities; in different social circumstances, that power could have been democratically controlled and put to popular use. 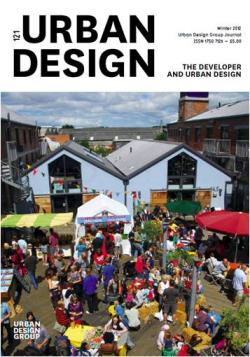 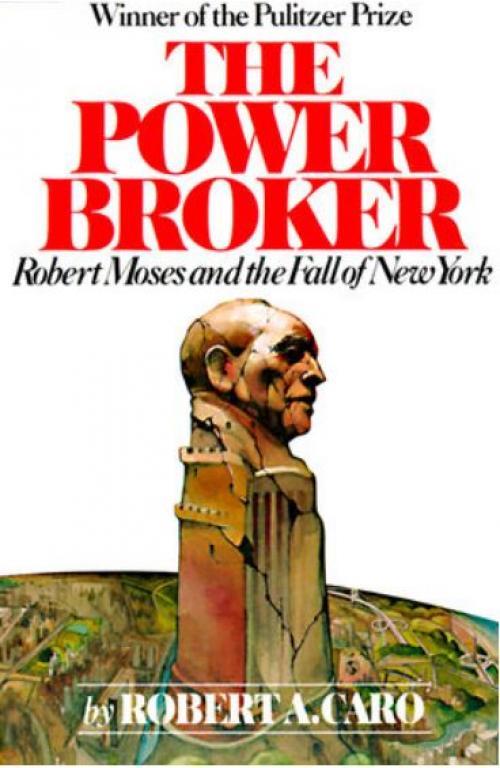 Publisher
Knopf
Price
£25
Published
Buy direct from Publisher
Reviewed By
Michael Owens, Director, Global Cities and author of The Planned City in Williams, A. and Donald, A. (eds) The Lure of the City: From Slums to Suburbs (Pluto Press, London)