This is a remarkable book written by a remarkable person in remarkable times, when thinking about landscape design was changing. Sylvia Crowe wrote The Landscape of Power in 1959 and Elizabeth Beazley The Design and Detail of the Space Between Buildings in 1960. Lady Allen of Hertwood wrote Planning for Play in 1968 and Nan Fairbrother New Lives New Landscapes in 1970 (see UD 147). Together they show how thinking about people and landscape was evolving.

Of the four books, Planning for Play is the most humane, dealing with the needs of children. Its modest title and the author’s establishment background belie a revolutionary approach to providing for children’s play and hide a very special person. Marjorie (Joan) Allen was both a landscape architect and a children’s advocate. She had worked with the Labour politician Herbert Morrison during the Second World War and was involved with London’s programme of children’s evacuations. Later she was president of the World organisation of Early Childhood, which has links with UNESCO.

Planning for Play was written at a time when Britain was still recovering from the impact of war. Massive rebuilding programmes were underway and reflected the mechanistic approach of la Ville Radieuse. It was also a time when bombed sites and construction sites offered endless exciting opportunities for children to explore and play. This desire for dangerous play was abhorred by public officials and most designers. Order, neatness and a tidy approach was the pattern for play. NO BALL GAMES and other such signs proliferated, much as they unfortunately do today.

In the netherlands and Scandinavia the value of informal play and exploration were being recognised. Lady Allen drew upon the contacts that she had made at UNESCOand in particular with Professor Carl Theodor Sorensen. His pioneering work in Copenhagen inspired much of the thinking behind her book.

Unique about the book is the notion of adventure play, the value of informality and the need to link play to the surroundings and to nature, so that a continuum of experience is created, providing what Katherine Whitehorn described as ‘a richness of experience’, and giving rise to the adventure playground movement.

The book is divided into eight chapters. it starts by making the case for play to be taken seriously and showing how important provision for play is when designing where people live. The next two parts look at the nature and needs of play: first as an incidental activity that is enjoyed close to and is almost an extension of the home. Next, play is seen as an activity that is separate from home and thus needs some form of supervision and control. This is followed by what is probably the most significant element of the book: a discussion of Sorensen’s notions introducing the idea of anarchic and exploratory play and leading to the concept of adventure playgrounds. This is the point of departure from the neatness and order that we designers so often seek. it champions the concept of play by discovery and is balanced by a recognition of the need for enlightened management and leadership. Lady Allen does not duck the issue of cost and there is a full and thorough examination of the material and financial costs of adventure playgrounds. Today there may be a few such playground functioning in London but cost and safety concerns seem to have inhibited the continued use of adventure playgrounds in general.

The book’s next section deals with what appears to be another lost cause, the idea of Play Parks. There are descriptions of these interesting areas in London, but it seems that the demise in 1965 of the Greater London Council, which was responsible for their provision, led to the apparent disappearance of this type of play resource. A further casualty of the rationalisation of play is the neighbourhood playground. The examples that Lady Allen shows are from the USA and the netherlands, but one could now perhaps count the Princess Diana playground in Hyde Park as one of these. The key to this form of play provision is a variety of spatial experiences that can often be put to unexpected uses.

The last two sections of the book deal with children with special needs: those who are in hospital where play can be seen as part of a wider curative process, and those with disabilities, both physical and mental.

Throughout the book, a series of remarkable photographs illustrate the joy of informal, sometimes dangerous, play that was encouraged in adventure playgrounds. With today’s sensitivities in relation to children, how many of these photographs could be used?

Many of Lady Allen’s ideas were enthusiastically adopted by designers. Formal playgrounds were remodelled on adventure playground lines. Where I live, local mythology says that one play area had enjoyed this type of treatment and was duly recognised with an RIBA award, only to be closed and reformed to conform to perceptions of health and safety. It is now a place for team games, the encouragement of conformity through rules and the use of fixed equipment.

As with all of the books in the Urban Design Library, Planning for Play is a product of its time and the language used may surprise some, but at its heart the book is concerned with the greater good and is not afraid of killing a sacred cow or two. Looking more deeply at Lady Allen’s approach than she would probably have expected, it seems that much of what she was aiming to do is summarised by an expression quoted in issue UD 156 by Ben Tawil and Mike Barclay from one of the children they surveyed: ‘if there could be patches of randomness...’. In designing for children’s play, we should aim to allow for discovery and the unexpected. Perhaps we should even create opportunities for positive uncertainty. It is surprising that from a book that is essentially a practical guide to an everyday concern, one can be led to very fundamental questions about the role of design overall. Should we aim to fit the brief exactly as given or should we be aiming to provide an opportunity for the user to discover things that were never expected?

If there is a danger in this book for an urban designer, it is the separation of the needs of one user group from those of others. Urban design is surely concerned with linking a spectrum of needs even when these needs are not wholly expected. This phenomenon is illustrated on p.108 of Planning for Play, where children are happily using features that the designer had specifically aimed at the elderly. 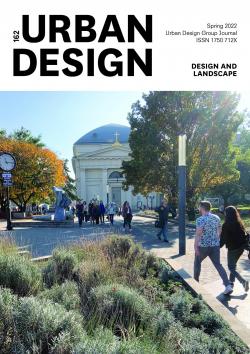 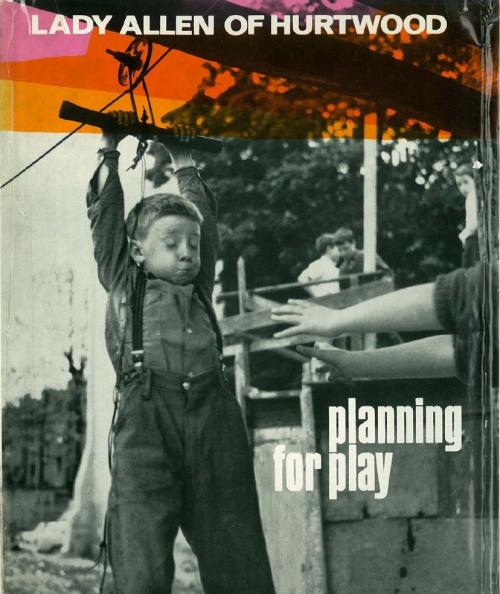