The Landscape of Civilisation

In this book, the landscape designer, master planner, architect and past president of the British Landscape Institute, Sir Geoffrey Jellicoe reveals much of his professional and spiritual journey, as he illustrates his greatest ever plan: a journey through the history of culture and landscape for a public park in Texas.

Published in 1989, the book is from an earlier time, reflecting the author’s working practices, freehand sketching, gentle watercolours, black and white photos, imperial scales, and the designer’s 70 years of accumulated knowledge. The Landscape of Man (1975), Jellicoe’s earlier classic book, is much quoted and underpins the plan for the Moody Gardens, part of a major leisure attraction on the island of Galveston, southwest Texas. The project’s benefactors gave Jellicoe free rein funded by philanthropists for the people of Texas, although the project needed to be self-financing. Jellicoe seized the opportunity to realise a lifetime’s work within a single grand expression, even if the flat land and salt marsh conditions behind a high sea wall did not make it the most obvious site for a rich botanical experience.

The book is packed with illustrations, sketches, notes and pictures, which while being intriguing to investigate, seem to be there as a manual for others to develop the garden over an anticipated 20-year period. Jellicoe, who died in 1996, was in his late 80s when he designed the Moody Gardens and suspected that he would not live to see the end result, but said that he had walked every inch of it in his mind.

It took Jellicoe just a single night to conceive the main vision (the scribbled black line drawing is included) and then several years of drafting and redrafting to finalise the details. Many of the elegant handwritten notes in the book require a magnifying glass; the intention was that the drawings would be displayed at a large scale in the reception of the Moody Gardens.

The main part of the book is The Voyage, a sequential journey by boat through the gardens of time, starting from Eden, passing a primeval forest, the burial mounds of ancient civilisations, Egyptian Thebes, Western classical gardens, Capability Brown’s English idealised countryside, abandoning boundaries and formalities, and then to the East and the lands of Tao and Buddha. Jellicoe’s love of creative design and the range of stories told is evident throughout; there is playfulness as well: the huge moss apple in Eden, the waterfall within the English garden named Tracey Waterfall to immortalise the name of a bank cashier in Jellicoe’s local branch.

West and East are divided by a great wall, and the river passes through a Chinese moon bridge as it reaches an environment to reveal ‘the grandeur of the subconscious’ in the East. A water Buddha and a rock Buddha reflect the balancing elements of Ying and Yang in Tao. Ryoanji’s 15 century Zen Garden is described as ‘the greatest endeavour by mortal man to bring infinity to this earth’.

Drawing on the writings and studies of others, the book provides an education in the place of gardens in world culture. A magic mountain is included, and the river is the ‘thread of truth’ bringing it all together. The temple of the dragon represents the great mystery itself; Jellicoe often incorporated serpents in his designs, most famously in the Grade II listed Water Gardens in Hemel Hempstead New Town, for which he also produced the first unadopted masterplan. A traveller in the Moody Gardens could disembark at the Rock Buddha to meditate by the lotus lake, the deepest symbolism of Chinese philosophy.

A second part of the book provides later drawings showing a continual refinements, such as the Sermon on the Mount becoming the central concept of the Medieval European garden, including 12 clipped yew trees for the apostles. It is intended to be a positive and spiritual journey that Jellicoe hopes will leave the visitor a better person. For all of its scars, he believed this still to be a ‘goodly’ planet.

While readers may get lost in their intensity, the gardens’ background story of power, wealth and empire is clearly understood by Jellicoe. Seventeenth-century Versailles is the climax of Le Nôtre in beauty, elegance and technique as well as superficiality; Jellicoe says that Versailles ignores the monster below ‘that would swallow the monarch whole’. By comparison an actual monster, the gate to hell of Bornarzo is included in the Italian Renaissance garden. Victorian gardens lack a marked change of style, reflecting the growth of democracy and the middle classes. In the appendix, the author acknowledges the significance of 17th century Holland for providing all with individual private gardens, in the birthplace of liberalism and the first truly democratic society.

Jellicoe’s concerns for humanity ran deep. Interested in Jungian ideas of the collective unconscious and the unity of all existence, he wrote that the greatest threat to man’s existence may not be commercialism or nuclear war, but the ‘blindness that follows sheer lack of appreciation’.

For urban designers this book is not just a welcome and very visual introduction into the different worlds and cultures of landscape design, but it enhances an appreciation of landscape design’s capacity to enrich places with stories and purpose. As for architecture, buildings are better appreciated when the intentions of the architect are understood, even if the end result isn’t popular. Over time the original purpose of places can be lost due to the more utilitarian and prosaic concerns of property managers. Urban designers should ensure that as places evolve, the essence of a valued landscape design work is retained.

Overall, readers are left with an appreciation of the breadth and energy of Jellicoe’s enquiry; he reputedly once said that ‘life begins at 80’. He appreciated creative art within and beyond landscape design, and in that sense was in tune with urban design’s emphasis on quality of life and bringing professions together in place-making.

Is the present-day Moody Gardens the scholarly trip through garden history and a dramatic experience to make you a better person as he hoped? Whether Jellicoe’s vision is best realised and enjoyed within this book or by the experience of what lies in Texas, is for me an intriguing question which I have to leave hanging in the air. 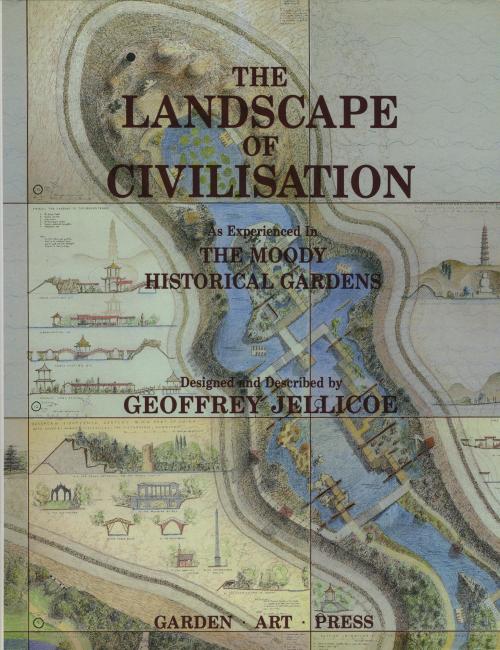