The Geography of Nowhere, The Rise and Decline of America’s Man-made Landscape

The main story James Howard Kunstler wants to tell in this book is how the beautiful and wild landscape of the North American continent was gradually but relentlessly ruined by its inhabitants; today, ‘most of it is depressing, brutal, ugly, unhealthy and spiritually degrading’, he laments and the main reason for this destruction is American individualism which leads to the neglect of the public realm. Developers and the private car are the instruments that helped the process.

In the early 90s, Americans were still enamoured of suburbia (most of them still are), global warming was just starting to be debated, the world economy was changing and not to the benefit of the West. Kunstler’s book was a wake up call to his compatriots. There are parallels with the much earlier Jane Jacobs’ Death and Life and the subtitle of this book is obviously a nod to its predecessor. Neither of the authors were architects or planners, but they were good observers critical of what was happening in their environment. Jacobs focussed mostly, though not only, on the neighbourhood. Kunstler takes a much wider view but covers some of the same ground (though surprisingly never quotes her) and both had a common enemy in Robert Moses, the so-called ‘master builder’ of New York whose ‘only ideology was to get highways, bridges and tunnels built’ and who ‘showed a strange enmity for railroad trains and mass transit’.

These comments are at the core of Kunstler’s arguments: whilst rail connected neighbourhoods, towns and cities across the country, allowing for dense hubs to develop around the stations, the car and the highway encouraged undifferentiated suburban sprawl and isolated people from each other. Town centres disappeared and were replaced by malls, streets were no longer fronted by buildings, housing developments became dormitories to which people had no particular allegiance. A recurrent theme is that the neglect of the public realm reflects a particularly American attitude that considers land as a commodity and not a community good, and has negative consequences for society.

Kunstler makes connections between the zoning laws and the impossibility of creating a lively town: in most places, residential above shops is not allowed, or large set backs are compulsory, thus destroying any connection between street and building. In most commercial areas this means car parking on the street front instead of front doors. Furthermore restrictive zoning laws have led to segregation and the destruction of communities. He also points at the contrast between the poor quality of architecture and the nostalgic image that people have of buildings; or between the enjoyment of places like Disneyworld, with its car free environment, and the noplace where people live,: ‘the place where the dream house stood - a subdivision of many other identical dream houses - was neither the country nor the city… it combined the worst social elements of the city and country and none of the best elements’.

Kunstler reserves much of his anger for the relentless building of highways, and the simultaneous destruction of public transport, which encouraged sprawl and led to the rise of the shopping mall. These in turn destroyed the urban high street and the local economy, as profits were ‘funnelled to corporate headquarters far away’ instead of staying in the community. ‘The chains gave back nothing to the locality except a handful of low-wage service jobs’. Sounds familiar?

The UK is not the USA but in re-reading this book, first discovered whilst travelling in America in 2000, the similarities are striking. The patterns are the same: the decline of town centres, the car-dominated environment, the spread of chains, the erosion of the countryside and the ubiquitous housing developments which are not places. For too long we have let engineers design towns around the needs of the automobile and neglected the public realm. As in the US, we have let the business lobbies influence government and deregulate planning. As a result the profession that used to be visionary, has been deskilled and reduced to a bureaucratic role: ‘planners are now chiefly preoccupied with administrative procedure: issuing permits, filling out forms, and shuffling papers’.

Some of the liveliest parts of the book deal with specific places and how they have evolved; chapter eight, How to mess up a town, describes the decline of Saratoga Springs in upstate New York, whilst chapter ten, the Loss of community, deals with a smaller place called Schuylerville. Later Kunstler contrasts the fate of Detroit following the decline of the motor industry, with the success of Portland, Oregon, where the administration forcefully protected the city’s environment and its economy. Los Angeles is a third example, where the car is as indispensable as oxygen, and the public realm non-existent. Capitals of unreality shows how within an environment that has become uniform and banal, society needs fantasy worlds and these are provided by Disneyworld, Atlantic City or Woodstock, catering for different income groups and different kinds of dreams.

Finally, there is a glimmer of hope. New Urbanism was still in its infancy but Duany and Plater-Zyberk had designed Seaside, Florida, and Peter Calthorpe had started building Laguna West in California. Kunstler is a great fan. Christopher Alexander’s Pattern Language is also praised as are a couple of less known initiatives. Kunstler is rightly convinced that the age of the petrol fuelled automobile is nearing its end and that Americans will be forced to rethink fundamentally the way they live and interact with their environment. The situation there is undoubtedly more dramatic than it is here, but the issues are the same and we are moving in the wrong direction. Deregulation of the planning system, allowing the market to take most decisions regardless of the consequences will be self-destructive. ‘Sooner or later, absolute necessity will compel us to give up our present habits, but by then the cost of rebuilding may be more than we can bear’.

Not everything in the book is relevant or even good. There are chapters on the evolution of architectural design in America, which are entertaining but somewhat superficial, and his condemnation of modernism is arguably overstated. Post-modernism which was at its peak when Kunstler was writing, fares no better. Some parts of the book are more like rants. But the greatest failure is the lack of images, which is incomprehensible even though Jacobs’ masterpiece has the same problem. If ever this book was reprinted, I hope the publishers will illustrate it.

I haven’t covered all the book’s aspects and I would probably advise readers to skip parts of it and find the juicy bits. But these are very well worth reading and reflecting upon and could be as mind expanding and influential as Jane Jacobs’ classic. 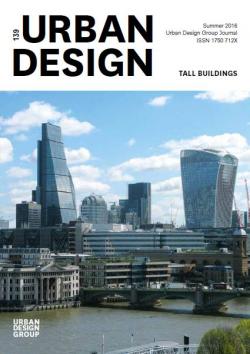 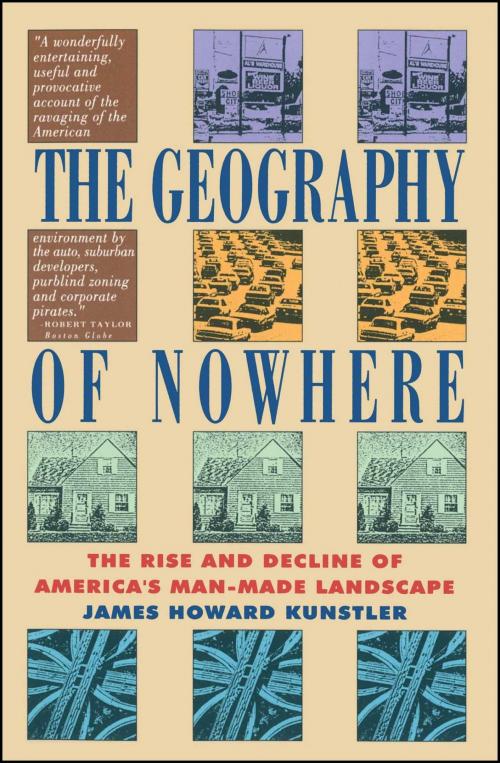