The Experience of Landscape

The Experience of Landscape argues that our evolutionary history as a species has hardwired us to identify and react emotionally to different landscapes. Jay Appleton’s theories are supported with research exploring the representation of landscapes in the fields of both art and science. This book preempted the 1980s New Cultural Geography movement, a sub-field of human geography that looked at the interaction of human culture, both material and non-material, with both the natural environment and the man-made landscape.

Jay Appleton was not a landscape architect but a geographical academic. He wrote in his autobiography (How I made the World: Shaping a view of Landscape, 1994) that had he been aware of the profession he would have become one, stating that ‘the idea of manipulating the real environment to create a real world out of one’s own imagination has an immense appeal’, although reflecting that the profession was very small at the time. His studies at Christ Church College, Oxford were cut short with the advent of the Second World War, during which he was in the Non-Combatant Corps.

He resumed his studies at Durham University’s King’s College (now Newcastle University) and in 1950, during his final year, he was offered a job as an Assistant Lecturer in Geography at the University College of Hull (now Hull University). He remained there as a highly popular lecturer specialising in historical and transport geography until his retirement in 1985. During this period he took occasional secondments to other institutions around the world.

The Experience of Landscape opens with the question ‘what do we like about the landscape and why do we like it?’ The initial two chapters provide a review of work within the subject area through a catalogue of quotes from both fiction and non-fiction, and paintings. Appleton reflects on the various disciplines in the areas of art and science that have an interest in it, and recognises the lack of any generally accepted theoretical basis for the aesthetic of landscape.

Chapter three ventures into the field of animal behaviour to consider how observations can be made between animals and their perceived environment, and introduces two hypothesis. The first, in summary, seeks to relate pleasurable sensations in the experience of a place to environmental conditions favourable for biological survival. This is identified as ‘habitat theory’ and is an awareness of symbolism within the landscape that is passed on from one generation to the next. This theory had been recognised and discussed previously by other people interested in the subject area, but it is essential to the second hypothesis which he calls ‘prospect-refuge theory’. This assists the ability to analyse the landscape for an opportunity to have a view (prospect) whilst being located in a safe position (refuge) and how humans would favour such positions.

The book then takes a step back in chapter four and sets up the imagery and different levels of symbolism, which can be used for the analysis of the landscape in prospect-refuge terms. He splits the subject area into: direct and indirect prospects; incident, impediment and deficiency hazards; and various types of natural or artificial refuges. He also considers the type of surfaces present, implications of light and dark, changing scale, varying movement and the different levels of symbolism. Chapter five discusses the effect of the strength and frequency of these symbols within the landscape and the varying environment they can provide. This is explored through quotes, again both from fiction, non-fiction and paintings.

Appleton then reflects on the fact that whilst man-made landscapes can be enjoyed and admired, there is a tipping point where the artificial can extinguish the aesthetic experience. To avoid this the primitive relationship between a human and its environment must be recreated. This is discussed in the next chapter where he explores the implications of the human becoming involved in the landscape.

The later chapters consider the ‘prospect- refuge theory’ in practice within landscape design, architecture, urban design, painting and literature, along with the implications of individual and collective taste in aesthetics. In regard to the latter he concludes that ‘taste is an acquired preference for particular methods of satisfying inborn desires’. He then helpfully discusses the implications of the ‘prospect-refuge theory’ within different site specific case studies to test whether such symbolism is present in places that humans consider to be beautiful.

Appleton concludes in chapter ten with how the ‘prospect-refuge theory’ fits into the mainstream of landscape aesthetics. He borrows a musical analogy and describes himself in the writing of this book as playing a bridge passage on a solo instrument ‘leading the imagination onwards into the next movement in which the full orchestra must be involved’.

Since its publication, Appleton's ideas have been reviewed and applied by built environment professionals to analyse crime in the city, develop better masterplans, determine preferred planting layouts in parks and improve lighting column distribution along a street. Through this broad application of his 'prospect-refuge theory' over the last forty years, his stated intention of engaging different specialists, bringing together the fields of art and science through our shared appreciation of landscape, has been met.

A further edition of The Experience of Landscape was published in 1996. Here the proposals and arguments set out in the original book are updated with an additional chapter that provides a review of the development of environmental aesthetics since the first edition was published, and how Appleton's thinking has developed within the subject area. It also considers the use and application of the theories, along with their soundness, and concludes with future directions for potential research.

This book provides a useful starting point for analysing and interpreting people’s reactions to the landscape. It sets out helpful pointers for considering the design of places that people will feel safe in and respond positively too. 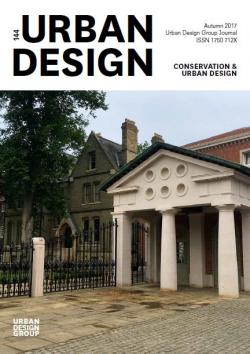 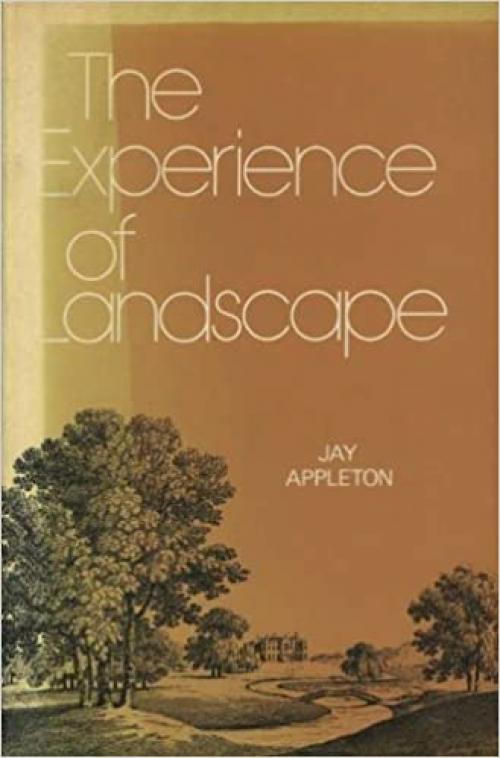