‘I’m not proposing anything more than quite crude antitheses and parables’, Colin Rowe once proclaimed. Indeed, the entire project of Collage City can be read as a hinge between antitheses, some psychological and philosophical, others very much grounded in empirical experience and contingency. From the cover image of a historically bisected figure-ground plan of Wiesbaden circa 1900, to the final sentence of their thesis suggesting that collage is capable of at once ‘supporting the utopian illusion of changelessness and finality’ as well as ‘a reality of change, motion, action and history’, Colin Rowe and Fred Koetter’s Collage City represents a tautly stretched position between always shifting polarities that is a hallmark of postmodern theory, although not the superficial postmodernism for which it has at times been blamed. Itself a pivot between past and future, to consider their thesis from our present perspective forces us to operate yet another hinge, and its ability to stimulate seems inexhaustible.

Published in 1978, Collage City took the form of both genealogy and reconstruction. There are five chapters in the book, before which is an Introduction and after which an Excursus. In seven total parts, then, the first three might be seen as disclosing the fallacies and failures of modern architecture and urban theory through a genealogical critique of its philosophical roots and inherited attitudes; the final three parts are scarcely so negative, unabashedly propositional in their proposal of the collage technique to appease and resolve such failures, and yet avoid being wholly prescriptive. The first half of Collage City is genealogical and retrospective. The second half is reconstructive and projective. The child is scolded, asked what he’s learned from his mistake, and released to go play. So, chapter three (part four of seven total) comes at the pivotal middle point of the book.

This hinge in the book titled ‘Crisis of the Object: Predicament of Texture’ may also be most relevant to present architecture and urban debates. It is here that Rowe and Koetter both damn and applaud their chosen examples, and it is probably where they are at their best. Two years before Collage City was published, Rowe presented a rough version of this chapter at a lecture event in London, where he posed a comparison that never made it into the book: Mies van der Rohe’s design for the Library and Administration building at I.I.T. was shown next to the courtyard of the Ducal Palace in Urbino, the former for its ‘convex, masculine, protruding’ outer corner, the latter for its ‘concave, feminine, cradling’ inner corner. For Rowe, this was the ‘object fixation’ of modern architecture. Under the determinism of science and rationality, modern architecture and urban design were shown to have viewed space as a flat and empty void in which (and on top of which) to place objects. By contrast, older urban examples revealed a relative disinterest in objects in favor of public space. The modern produced isolated masses calling attention to themselves; the pre-modern yielded to contextual conditions with a relative modesty reflected in plan. The former was efficient, planned and ordered. The latter was inefficient, contingent and chaotic. And so the parade of figure-ground plans ensue, and such are the characteristic comparisons, respectively, of the Palazzo Farnese and Palazzo Borghese, the Villa Savoye and the Hotel de Beauvais, Louis XIV’s Versailles and Hadrian’s Villa, eastern and western Wiesbaden (the cover image), and, in essence, the Greek Acropolis and the Roman Forum. Present-day parallels abound, and one probably need not say any more than Dubai.

But it was not one of these polarities that was desired by the authors, rather a productive tension between the two. Referencing Pablo Picasso’s first collage piece from 1912, Rowe and Koetter begin their theory of collage as a method for more stimulating and engaging urban design. Or, borrowing from Claude Levi-Strauss, the authors were seeking that excitement ‘between structure and event, necessity and contingency, the internal and the external’ so defined by the very hinge that architecture operates between order and chaos, the artificial and the natural. Crucially, this should not be seen as an attempt at synthesis.

More accurately, as Rowe once put it: ‘How does the new invade the old and how does the old invade the new? By the late 1970s other influential books such as Jane Jacob’s The Death and Life of Great American Cities (1961) and Robert Venturi’s Complexity and Contradiction in Architecture (1966) had already enjoyed wide readership. But if Venturi was observational, then Rowe and Koetter were critically therapeutic. The tension between antitheses, the hinge between past and future always at play in Collage City, forces each of us, every time we revisit the book, to grapple with the issues of our present, and in this way it will always warrant another read. 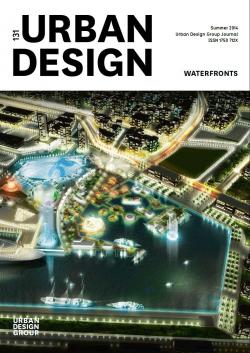 Colin Rowe (1994) | The Architecture of Good Intentions: Towards a Possible Retrospect | Wiley 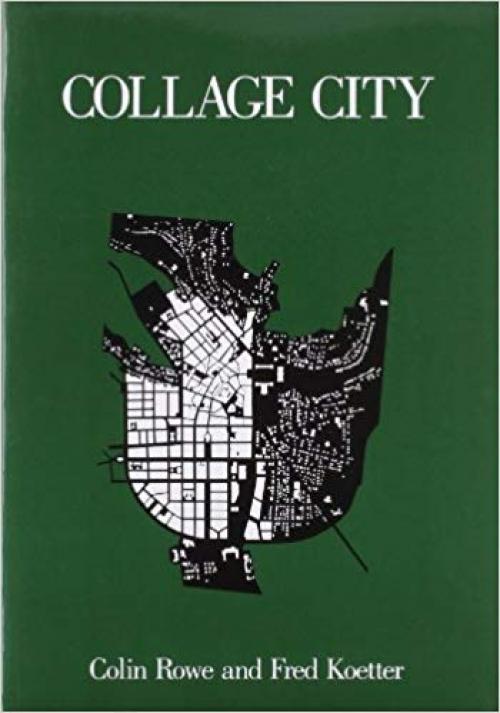