Until Spiro Kostof came along, architectural history had been a stodgy, chronological ode to architects and their grand plans for cities. Enter stage left Spiro Kostof, a man of the people with a very different approach.

Spiro Kostof was a unique and dedicated historian. He single-handedly changed the approach to architectural history. He was dedicated to revealing the true history of each nuance in the character of cities. In The City Shaped he skilfully lays bare our tendencies to draw assumptions from superficial analysis, and provides us instead with a rich encyclopaedia of how places were really made.

Kostof was born in Istanbul and moved to the USA to study at Yale in the 1950s. He had started out studying drama before being attracted to architectural history. Those that studied under him at Berkeley, where he spent most of his career as a professor, recount his engaging and lively manner in delivering lectures - an energy which translates into his writing.

The social movements of the 1960s had a profound impact on him. He argued that design and architecture could not be divorced from their social and cultural context, and in doing so he laid much of the ground work for the contextualism movement. He wrote prolifically and even authored and presented a television series: America by Design.

The City Shaped, together with The City Assembled its companion text, is an epic study of how the world’s cities have been made. It is comprehensive in its coverage, but written in such an engaging and often playful manner that it draws you in, so you feel part of the archaeological investigation. Shortly after drafting The City Shaped, and part way through compiling The City Assembled, Kostof was diagnosed with cancer. He dedicated the final months of his life to completing the study, and both volumes were published shortly after his death. It is a real life’s work.

Kostof has a fantastic way with words. He covers enormous ground, taking in a plethora of examples. He never dwells on an example for more words than are needed, with many simply afforded a single incisive sentence. The City Shaped is not a guide, more a thorough review of the history, purpose and drivers of the design features that we as urban designers employ every day. And for that reason it is a sobering, but simultaneously motivating read.

The illustrations throughout the book are an important part of its magic. Each turn of the page reveals another great plan - the original city plan for Philadelphia, a wood-engraving of the ‘Haussmannisation’ of Paris, or the cadastral plan of Florence from 1427. But the stars of the show are the drawings of Richard Tobias which permeate through every section, illustrating the nuances of Kostof’s arguments. These simple greyscale drawings are highly effective and the common hand draws the book together.

The book is divided into five sections. The first section titled Organic Patterns charts the ways in which cities have come about and grown. He mocks the notion that cities are either planned or organic, illustrating the reality that the two co-exist in most global cities and that the starting point behind many planned urban forms was entirely organic and vice-versa: ‘The informal is not by accident or completely random in the same way that the formal is not strict to rules or not responsive to context’. Tobias’s drawings artfully illustrate Kostof’s point - showing how a supposedly random tangle of streets in an Islamic City can grow out of a highly ordered Roman grid. The city of Herat in Afghanistan is used as an example to show the inherent co-existence of planned and organic - where a near perfect square sets off a supergrid structure within which a ‘lively jumble of street elements prevail’. He sees every design feature and approach as part of the process, and is emphatic that we should not consider any past intervention as wrong, just as a product of the process and crucially the social and cultural context within which it came about. He reserves his criticism for the contemporary planners, urban designers and architects who base their designs on false assumptions drawn from superficial historical analysis.

The second section focuses exclusively on the grid. It is a rightly weighty section for a feature we employ on a daily basis. Kostof’s historical review emphasises how the grid has been used across very different cultures and for very different reasons. Examples such as a rubbing of the city plan for the Chinese city of Suzhou in 1229 illustrate how a grid can be supple and used to create real beauty on the ground. As Kostof concludes ‘the virtue of the grid is precisely in being a conceptual formal order, nonhierarchical, neutral, until it is infused with specific content...the grid is what you make it’.

Kostof devotes the third section to The City as Diagram. He gives significant air time to Garden City theory here, and is less critical of Ebeneezer Howard than of many the other city planners he includes as examples. Overall he concludes that ‘all ideal city forms are a little dehumanizing... the city in diagram, in the end, is the story of dreamers who want the complexity and richness of the urban structure without the problems, tensions and volatility’.

The penultimate chapter considers The Grand Manner. Kostof majors on capital cities, and Washington unsurprisingly. Some fantastic images and plans illustrate the scale of ambition, both delivered and left on the drawing board.

Kostof’s final section focuses on the urban skyline. It is here that he argues for a much stronger voice for communities in the aesthetic vision of their cities. For Kostof, the elements which puncture the skyline should reflect a city’s governance - its political and social priorities - as has been true throughout history. I wonder what he would make of London’s skyline today…

One of Kostof’s recurring and strong messages throughout The City Shaped is that we must guard against concluding too quickly on context. Under pressure to find the urban design solution, we can jump to conclusions and grab hold of an idea without truly understanding from what it became. Kostof calls us to enter into the spirit of our city, to understand its historical essence and its continuing life. For anyone struggling with motivation in the day job, The City Shaped is a great reminder of why we got into design in the first place. 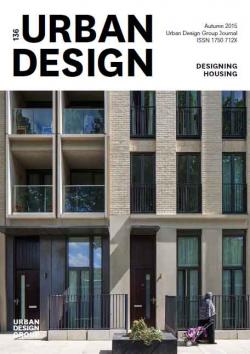 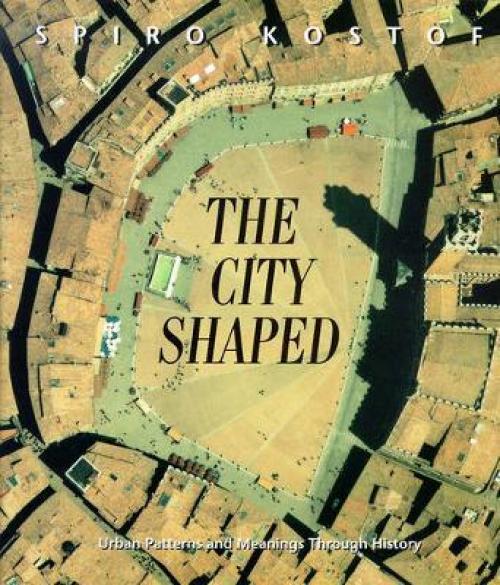