Atlas of the Functional City, CIAM4 and Comparative Urban Analysis

This book is different to those reviewed in the Urban Design Library, as it is both historic-classical and contemporary. It is a publication of the material prepared towards, and the outcomes of CIAM 4 (Congrès International d’Architecture Moderne) held in 1933 which was never published before.

This very scholarly 480 pages Atlas is the result of a research project funded by the Van-Eesteren-Fluck and Van Lohuizen Foundation and the Institute for the History and Theory of Architecture at the ETH Zurich, which hosts a large part of the CIAM archive. It contains the reworked maps of 33 cities from 18 countries (mainly European, two ex-colonial countries and USA), a summary of unrealised city analyses (Soviet Union, Algeria, Brazil and Japan), the written conclusions of CIAM 4, material from the CIAM 4 exhibition in Amsterdam in 1935, and the historic table of urbanism of 1934. The explanatory introduction is followed by six essays discussing the relevance of CIAM 4 today.

The bulk of the book consists of the city maps and their accompanying material, with contemporary critical comments. The aim of the three maps per city, drawn up according to three agreed map templates - city, transport, city-region - was to expose the existing physical and social deficiencies of cities, as a comparative analytical base to design for improved urban living conditions. People and society were at the centre of CIAM’s thinking, although some wanted to attribute more weight to aesthetics or formal considerations. The maps identified four main uses of cities: living, working, moving and leisure. CIAM never considered them in isolation. They aimed at more compatible links between these functions to create an integrated urban environment for healthy, sociable and spiritual life. CIAM 4 acknowledged the specificity and cultural values of city centres despite their slums, as well as the importance of city location, morphology, historic and cultural features. CIAM members argued about whether urban regeneration should mean redesigning the existing fabric or city extensions and never had a ‘one size fits all’ approach. Even Le Corbusier’s proposal of razing cities to the ground and building tower blocks to liberate land, provide air and greenery, were not endorsed by all. The mobility maps show that the emphasis on the motorcar came mainly from engineers rather than architects. Moreover, the idea of the compact city can already be found among CIAM’s deliberations, when they sought solutions to reduce travel times to work.

The contemporary comments on the city maps explain how they were produced and by whom, mainly architects. They show that the CIAM teams in the various countries differed very much from each other. No reason is given why many countries submitted maps only of their capitals. Most likely, the enormous amount of voluntary work required to produce these maps, and the poor availability of data, restricted the number of cities and maps.

The book reflects the enormous energy, optimism and generosity of CIAM members and the tireless efforts of CIAM Secretary General, Sigfried Giedion. CIAM believed in a brave new world and wanted to make a major contribution toward it.

CIAM were keen to publicise their thinking widely to the population at large, decision-makers and professionals. They planned two publications, a popular one to trigger a debate on their ideas of the future city, and a comprehensive technical and theoretical one which would hopefully attract more CIAM members. Unfortunately, neither of them materialised. The only follow-up of CIAM 4 were Jose-Luis Sert’s Can Our Cities Survive? published in 1942 and The Athens Charter written by Le Corbusier in 1943.

What found its way into planning and physical development during rapid urbanisation after the second world war was a very distorted interpretation of modernism, not least by protagonists who were motivated by generating profits from urban growth. Since post-modernism it has been de rigueur to refute modernism outright and often accuse it of all the ills of contemporary planning. The book gives a differentiated insight into the standpoints of the CIAM members on how to regenerate cities. All this has to be put into the turbulent inter-war geo-political context, the rise of European fascism and the aftermath of the ideal Soviet society, which was so promising for completely rethinking urbanism.

The contemporary essays address specific issues raised by CIAM 4 and critique the Modern Movement. The authors are a combination of academics, historians, and qualified architects. Their cultural and professional backgrounds suit the cultural diversity of CIAM. As CIAM 4 had chosen maps as their visual means of communication, three essays discuss the characteristics and role of maps in urbanism: The Conception, Production and Language of the Maps by Ute Schneider, historian at Duisburg University; Function and the Comparative Method, an Essay in Reconstructing Theory by Sokratis Georgiadis, architectural historian at Stuttgart Academy of the Arts; and Thematic Mapping as an Analytical Tool, CIAM 4 and Problems of Visualisation in Modern Town Planning by Enrico Chapel, architect at Toulouse Technical University. The essay on the dissemination of CIAM 4 relates to this theme as well: A Clear Message to the Outside World, Drawing Conclusions and Publishing the Results of CIAM 4 by Kees Somer at the Dutch Ministry of Education, Culture and Science. The other two essays deal with the substantive aspects of CIAM’s understanding of urbanism, their historic contributions and limitations. They are: In Search of a Better World, Cornelis van Eesteren and The Rise of Urban Planning by Vincent van Rossen, journalist in Amsterdam; and Zoning Bien Defini? by Sophie Wolfrum, urban designer and planner, professor at Munich Technical University. These essays can be seen as a contemporary take on modernism and what it can contribute to today’s urban design and planning issues. 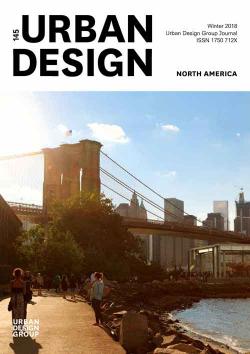 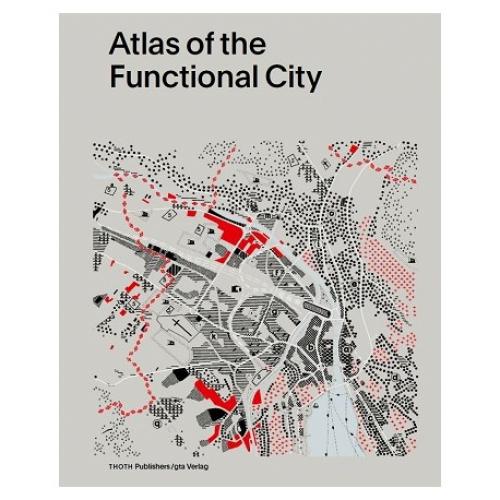