All That is Solid Melts into Air

This is an extraordinary book with an extraordinarily broad scope, which is why All that is Solid Melts into Air has made a remarkable contribution to many fields, including urban design. It explains what modernity is and how it feels to be modern.

The book begins by explaining what Berman calls modernity and why it is important to think about it. To be modern is a spatial experience: it ‘is to find ourselves in an environment that promises us adventure, power, joy, growth, transformation of ourselves in the world- and at the same time, that threatens to destroy everything we have, everything we know, everything we are’. Berman conceptualises the dramatic changes of the world during the last few centuries as modernisation. Thinking about it is important because it is an experience that we all have been through, it explains why we desire progress and how progress always ‘is pregnant of its opposite’. Ongoing change happens everywhere and at any time, but it is more apparent in cities.

The first two chapters are about the philosophical concept of modernisation. Drawing upon Goethe’s Faust, the book explains how a man turns into a developer when dreams and love come together in him, exactly as it happened to Faust. The Faustian model of modernisation in the second chapter meets Marx. Berman elaborates on Marx’s theories in order to connect the individual Faustian model of modernisation to socio-cultural issues. Marx explains how industrialisation destroyed the fixed systems of values, relationships between people, and how new relationships quickly ‘become antiquated before they can ossify. All that is solid melts into air, all that is holy is profaned, and men at last are forces… the real condition of their lives and their relations with their fellow men’. This is the context in which rapid urbanisation emerged.

The rest of the book closely examines the relationship between the built environment and people’s experiences, perceptions and dreams. Chapter three focuses on 19th century Paris, where Baron Haussmann made dramatic changes in the city by building boulevards. Boulevards have been reflected in many masterpieces of art and literature particularly by Baudelaire. Two poems by Baudelaire manifest what Berman defined as ‘modernisation in street’. Loss of a Halo is the first poem. It is about a meeting between an artist and a holy man in a brothel. The artist asks the holy man what happened to his halo and the holy man replied that it slipped off his head into the mud in the street, and due to the fast traffic he wasn’t able to pick it up. This rather strange dark comedy describes how people in big cities are ordinary. If Marx explained how values are removed from societies, Baudelaire’s work poetically resembles how it feels. The Eyes of the Poor is the second poem that is set just few feet away from the Loss of a Halo, in the same Haussmannian boulevard. Boulevards are places for both the rapid movement of vehicles and people walking, strolling and looking at shops. The Eyes of the Poor is the story of those who can merely look at the shops but cannot afford their services. The family with poor eyes perhaps used to live in the same area in a rundown building, but that was demolished during regeneration. This poem symbolically represents those who lose out in the process of urbanisation. Representing people by their eyes is not just a synecdoche. This figure of speech resonates how rapid urbanisation reduces people to their effect in numbers on maps....

The leitmotif of the book is how form follows fiction and fiction follows form. Many examples of the 19th century Russian literature can be symbolically categorised in relation to two cities: St Petersburg, associated with modernisation and Moscow, with tradition. Imitating Paris, St Petersburg was a window on modernity. St Petersburg’s new boulevards made for new experiences, new behaviours and perhaps new man. So, it is not a surprise that St Petersburg plays an active role in many Russian art works. Although St Petersburg would never be similar to Paris, remaking environments and experiences have always been an aspiration in developments.

Boulevards were places for rapid movement and walking. But later, the single-use highways of post-war New York embodied Le Corbusier’s dream of rapid movement and mechanistic life. New York’s modernisation during the 1960s is the last part of Berman’s tour of the experience of modernity. Robert Moses’ urbanisation is a perfect example of the Faustian model, yet as everything ‘is pregnant of its opposite’ a return to street life emerged in New York. This movement is best represented by Jane Jacobs’ prophetic book The Death and Life of Great American Cities. Berman considers Jacobs to be one of the key writers of modernisation yet he, at times, harshly critiques her work. Returning to the street can also be seen in Pop Art and the events of 1968. In fact, many urban design values emerged in line with 1960s modernisation.

All that is Solid Melts into Air is an inspiring text. It reminds us to see cities in relation to imagination and representation. It offers an alternative lens with which to conceptualise urbanisation, something different from the dark lens of Marxist political economy. It also encourages us to find inspiration from a wide range of references, somewhere other than, for example, the overused concept of Garden Cities. After reading the book we may find The Eyes of the Poor around us, or find ourselves aspiring to make new environments, new behaviours and a ‘new man’. 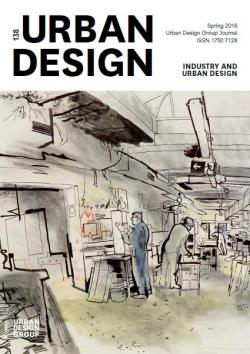 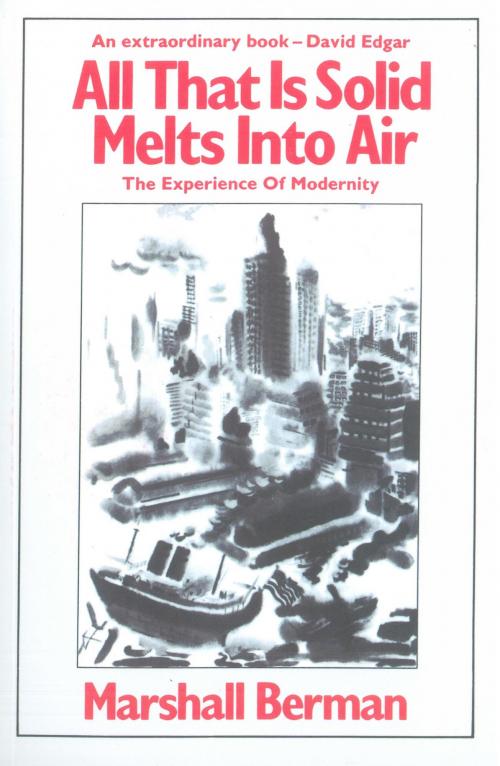