I grew up in one of the most sprawling city-regions of the developed world. A driving licence was more important to me than my neighbourhood. My social network was distributed across low-density Brisbane suburbs in sprawling brick bungalows and low-cost retail sheds. Meanwhile, my formal architectural education was an indoctrination of village conviviality and Scandanavian midcentury modern, in other words, incongruous with every other part of my life.

Who knows why Deyan Sudjic, the erstwhile design critique of The Guardian and current director of the Design Museum, chose to write 100 Mile City. My secret contention was that he too was experiencing a disconnection between the world of design, and the world; that on sponsored visits to Tokyo, Paris, New York, LA and back to London, between starchitect studios and gallery private views, he realised the existence of an inscrutable and ever more ubiquitous realm. Think of the blurred photos accompanying Rem Koolhaas’s essay Generic City that would follow two years later, the thoughtless sideway glances from a speeding taxi into the anonymous outlying fabric of which-city-is-it-next-on-my-itinerary.

Sudjic half laments, half celebrates the airport as the city’s new civic square, the museum its new landmark, the centre evacuated and reconfigured, and an exurban condition part-inheriting its functions. He describes a landscape shaped by invisible force lines that are determined by fundamental shifts in how we work, live and travel. This is familiar fare for us of the 21st century, but Sudjic’s book published some twenty years ago, is a lucid description of those conditions, comprising not only the future of the city but its already predominant characteristics. 100 Mile City captures that feeling in equal parts of awe and repulsion, ‘the frisson of anxiety that comes from looking into the abyss’. It is no wonder that JG Ballard would certify the book as ‘a blueprint for the year 2000’.

100 Mile City is a journalistic account that takes the reader through mind-numbing factoids but whose real power is its storytelling and the weaving of stories into a sometimes chilling narrative of an emergent urban condition that is beyond the control of architects, planners and even politicians. Urban design is often described as a concern for the space in between buildings. Here, the space in between the traditional centres of global cities is the fascinating subject of Sudjic’s own account of urbanism, an urbanism both attributable to irrefutable logics of personal mobility, logistics, computerisation, containerisation and transient communities, but inscrutable as a coherent urban form. This is a story about how this condition came to be, as much about the failure to come to terms with it.

Sudjic, with the wit and intelligence of a broadsheet columnist, enjoys casting doubt on received wisdom and proceeds throughout the book to debunk some of the most popular urban wisdom as though taking shots at so many glass bottles lined up on a wall. Jane Jacobs’s ‘daily ballet of Hudson Street’ is the spiritual centre of Death and Life, and the bit of real life experience that legitimates her claim to community advocate and urban scholar. Sudjic contends that her description of Hudson Street is a paranoid, protectionist, even suburban vision of a place that was actually more dark, diverse and affronting than she would dare admit. Sudjic’s ‘Santa- Claus-is-not-real’ delivery is characteristic of many episodes in this book: Hudson Street becomes an alternative tale of porn shops and ‘frail incontinent widows who would die alone on urine-soaked beds’. Jacobs herself is portrayed as a middle-class mobiliser of gentrifying residents, who dug in her heels not so much against the planners and city authorities who wanted to drive highways through her neighbourhood, but against the economic forces that continually change an urban district, an opposition that is as futile as it is naive.

The last decade of the 20th century saw a kind of impasse, an anxiety at what the city was looking like after the dismantling of the welfare state and a period of sustained neo-liberal economic policy. 100 Mile City takes its place as a characteristic text of the anxious ‘90s Phil Sayers’ noirish photographs appropriately evoke the alienation of the paranoia films of the 1970s.

Sudjic is not the only one to have chartered this territory. Manuel Castells, Ed Soja, Stefano Boeri and Joel Garreau are but a few who were then building impressive bodies of research primarily trying to describe the parameters in which urban change was taking place. Koolhaas’s urban project at Harvard originally called The Centre for the Study of (what used to be) the City is emblematic of the search for something seemingly elusive. In true post-structuralist fashion, that something was portrayed as just beyond the reach of knowledge, at least in its entirety.

This is a document of its time, and yet, as I write this essay from a chain cafe at St Pancras International, I have the overwhelming sense that Sudjic was right when he identified hermetically sealed places of transit as the city’s new civic spaces...

Five years ago Sudjic revisited the city (he never really left) in another landmark work, The Endless City. Co-edited by Ricky Burdett and a document of the LSE-based juggernaut Urban Age, Endless City provided a kind of update, in case you missed it, of the city at the beginning of the 21st century. An inexorable demographic shift towards cities, the emancipatory promise of technology, the emergence of informality as a dominant organisational paradigm, and a reawakened sense of global solidarity seems to have heralded a broadly optimistic turn in the ensuing twenty years. However while Endless City takes the urban agenda forwards as a platform for institutional political activism, the ground conditions had already been laid with 100 Mile City, and it remains a more compelling, relentlessly high-speed account of that thing we persist in calling the city. 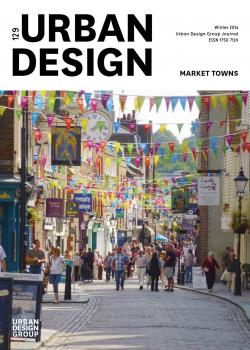 H.G. Wells (1902) | Anticipations / Of the Reaction of Mechanical and Scientific Progress upon Human life and Thought | Chapman & Hall, London 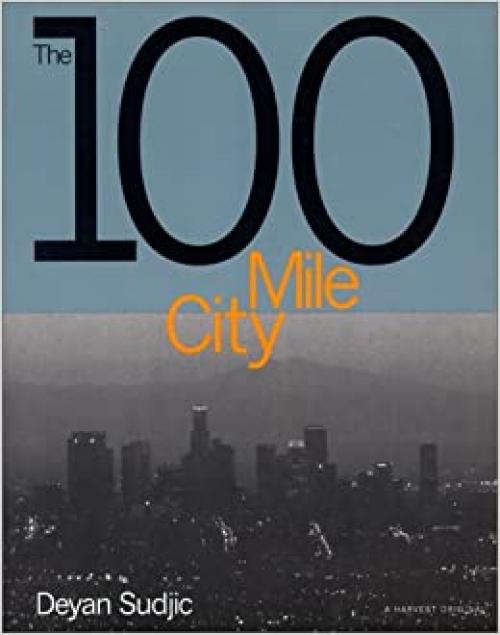