Urban designers - particularly academics - are curiously fond of drawing boxes with words in them, connected by arrows, as they try to puzzle out and describe the relationships between the many elements of urban design. These diagrams, often extraordinarily complex, may work for their authors as aids to thinking, though they rarely communicate much. Usually they are best left unpublished. The few (not the work of the authors of themselves) included in this book are valuable, though, as a reminder of just how hard it is to pin down what urban design actually is, and how easy it can be to tie ourselves in knots trying to make sense of it.

Carmona, Heath, Oc and Tiesdell define urban design as 'the processes of making better places for people than would otherwise be produced'. Their definition reflects two clear messages. First, that successful urban design depends on getting the processes right. Second, that the current orthodoxy which urban design (rather than architecture) courses tend to teach these days is at last on the right lines after decades in which public places and urban spaces have been neglected. On the latter, time will tell if they are right.

This is not a book that tries to inspire by presenting seductive images of places. The photographs and diagrams, though well chosen, are often poorly reproduced (apparently the publisher has promised to remedy this for the next print-run). Readers with no interest in processes will be left cold. But the authors do the job they have set themselves extremely well. They digest an enormous amount of material from this very wide field and present it clearly. Their analysis of urban design in terms of six 'dimensions' (morphological, perceptual, social, visual, functional and temporal) is highly effective.

Public Places, Urban Spaces navigates the reader through a bewildering range of approaches, concepts and methods without ever running aground on the dangerous reefs of professional myopia or academic obscurantism that they pass on the way. This will become the standard textbook on its subject, and deservedly so. 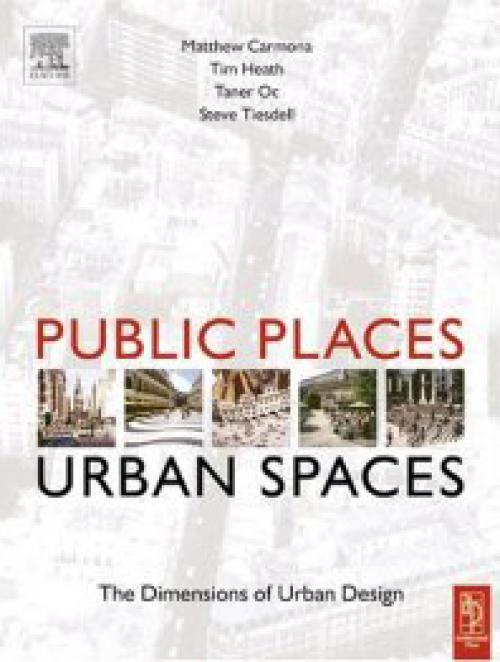