Urban growth is changing the condition of humanity and the face of the earth. Half the world's people now live in cities, with most of the other half depending on them for their economic survival. Mega-cities of ten million or more people are the largest, most complex structures ever made. They are the central hubs of modern economies and their transport systems. Their resource use and waste discharge dominates the human presence on earth. Fossil fuel technology powers modern urbanisation, but in the coming years many cities will become vulnerable to the rising tides of climate change. Across the world, we need a revolution in 'future-proofing' our cities, progressively switching to renewable energy technology and mimicking natural zero-waste ecosystems.

Cities People Planet is a state of the art textbook on how we can address the many challenges of urbanisation. Through a fast moving text and ninety case studies, the author presents leading-edge initiatives and policies on how to make cities around the world both liveable and sustainable. Starting with a concise envi ronmental and cultural history of cities, the book continues as a contemporary global survey and analysis of the challenges of an urbanising world. The ecological redesign of cities, where practiced, is already showing substantial economic and social benefits and is now starting to be implemented across the world.

'Cities People Planet by Herbert Girardet is an impassioned plea for a different approach to cities. He argues that unless we change the way we live and use the resources within them, we may not survive. This powerful challenge should make us all think long and hard about our human dependence on the natural environment.' Anne Power, Professor of Social Policy, London School of Economics and Political Science

Herbert Girardet is a leading author on sustainable development. He is author and co-author of eight books, and of many TV documentaries on this subject. He is a UN Global 500 Award recipient and an honorary fellow of The Royal Institute of British Architects. He is chairman of the Schumacher Society, UK. He is Visiting Professor at the University of the West of England, University of Northumbria and Middlesex University. He has been a consultant to many clients, including UN Habitat, the Greater London Authority, The London Development Agency and The Corporation of London, and the cities of Adelaide and Vienna. He has recently become Director of Research of the World Future Council Initiative.

Chapter 2: In the Beginning.

Chapter 3: From Rome to Edo.

Chapter 7: Transport and the City. 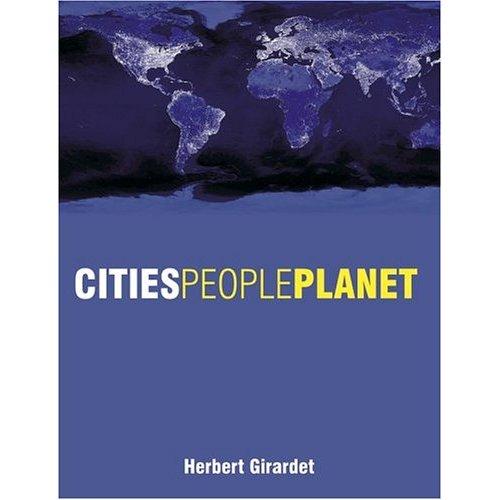