Other Manuals and Briefings

Areas covered by LTNs vary from 48.5 percent in the City of London, 14.2 percent in Hackney, 10.7 percent in Islington and 11 boroughs with 0 percent.

50% of Londoners agree that most streets in central London should be made pedestrian-only. Around a quarter (27%) disagree.

3. Removing fear of motor traffic may be particularly important for getting people cycling. 66% of respondents in the most recent National Travel Attitudes Study agreed that “It is too dangerous for me to cycle on the roads”.

The report makes the point that people being priced out of an area by the cost of housing is a problem with housing supply, not a problem that is attached to the public realm. No one would argue that making the public realm worse: uglier, more dangerous, more polluted, is in the general interests of society and the less well-off sections of the community.

“commuting trips are skewed to men and working age adults; whereas by contrast, women make relatively high numbers of school run trips. If LTNs make walking and cycling to school, to the shops, or to local friends’ houses safer and more pleasant, this can help redress the balance in transport planning which has often seen only the commute as important.”

"London’s Black children are more at risk from pedestrian injury than its white or Asian children, while Black Londoners are less likely to own cars than white or Asian Londoners . If LTNs are introduced in 65 neighbourhoods with a demographic mix suffering high traffic injury risk, they may help redress these inequalities”

People living on main streets vs  side streets

In terms of living on main streets, the report found no difference between the population that lives on main or side streets, in inner London.

The report states that while these differences are relatively small (e.g. 90.2% of low income Outer Londoners live on residential streets, against 91.5% of the richest group), they suggest that in terms of social equity, it is more important in Outer London to introduce main road measures alongside LTNs, and ensure that high streets within an LTN area are included where possible. 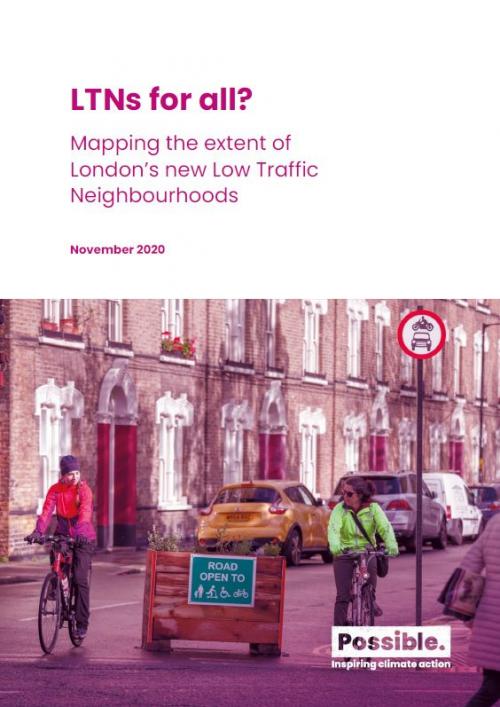