THE VALUE OF URBAN DESIGN

This issue has been generously sponsored by Savills

This special issue of URBAN DESIGN looks at THE VALUE OF URBAN DESIGN and is drawn from the 30th National Urban Design Conference in October 2012. Held in Oxford and run in partnership with Oxford Brookes University’s Joint Centre for Urban Design to mark its 40th anniversary, the conference ran for three days and explored the value of urban design in all its aspects.

Matthew Carmona asks whether all of the evidence has been gathered on how urban design adds value and where are the gaps. The topic editors Louise Thomas and Georgia Butina-Watson review all of the arguments heard and now published, and the future of the urban designer in the UK.

This year’s Urban Design Awards are also featured with a report from the event in February 2013, giving the winners of the Practice Award (Allies and Morrison); the Public Sector Award joint winners (Bradford Metropolitan District Council and Partnership for Urban South Hampshire - PUSH); the Publishers Book Award winner (Routledge) and the Student Award winner (RichardMacCowan of Leeds Metropolitan University). The Lifetime Achievement Award was presented to Kelvin Campbell, and a Special Award for Outstanding Service to the Urban Design Group was presented to John Billingham, founder member of the Urban Design Group and former editor of URBAN DESIGN, the Urban Design Directory and original driving force behind the awards themselves.

Regular features include book reviews and a report on the UDG’s latest activity, plus the Endpiece by Joe Holyoak also looking at the future of urban design. URBAN DESIGN is the leading journal in its field. Each issue provides in-depth analysis of topical themes, with contributions from leading practitioners, policymakers and academics from the UK and abroad. This unique 64 page issue will be an invaluable resource for all urban design professionals and students. 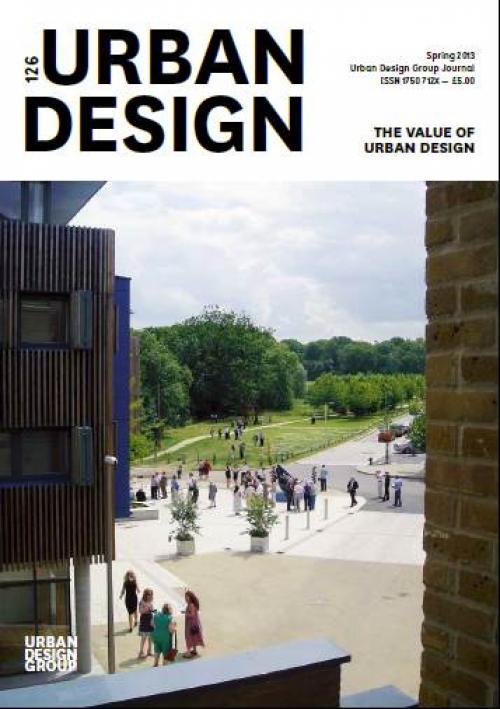