This issue of URBAN DESIGN journal looks at urban design in the Middle East and has been led by Farnaz Arefian. Even before the economic downturn, British companies sought out better markets in the Middle East. Taking into account West Asia and North Africa, the region is home to some of the oldest human endeavours in building cities. It also represents a high rate of global urbanisation - from 43 per cent in Egypt to an astonishing 92 per cent in the United Arab Emirates - as well as great richness and diversity - socially, geographically, culturally and climatically.

In the articles included in this issue we see both the region’s variety and similarities through the eyes of home-grown and visiting designers, journalists and academics. From Dubai, Ahmad Zohadi reviews the challenges of sustainable development in the Persian Gulf area. Fadi Shayya gives an account of Lebanon’s open space provision through three case studies in Beirut and its significance for local culture. Ashraf Salama presents research on people’s perception of urban spaces and centres in Doha, Qatar, as a way to understand social diversity and needs. As a western female practitioner, Jody Sanders reminds us that the region is often more open than the media portrays.

The growing trend of urban design projects in Iran described by Farnaz Arefian, Bahman Adibzadeh and Shapour Divsalar shows new ways of thinking, from employing urban design as the coordinator for new town development to unifying concepts for change in popular places and post-disaster reconstruction strategies.

Paul Fraser of Atkins describes changing approaches to the public realm in Kuwait and highlights the constraints which impede delivery of the suggested sustainable solutions. Rania Raslan and Ali Bakr consider the socio-political changes underway in Egypt and associated behavioural factors, as people begin to assert their needs in public space design and use. Becci Taylor of Arup describes the challenges that climate brings to designing better pedestrian routes in Dubai with Pedways, linking destinations and public transport services. Lastly Iraj Etessam and Jahanshah Pakzad show the evolution of urban design education in Iran, as an independent but interdisciplinary course, which has influenced the new trend of introducing urban design to projects.

This year’s finalists for the National Urban Design Practice Project Award are also presented in this issue for readers to judge. There are projects from Allies and Morrison, Atkins, Burns & Nice, Fletcher Priest, NEW Masterplanning, and Richards Partington Architects - the work illustrated is truly inspiring. The books nominated for the annual Publisher Award are also reviewed by the UDG’s judging panel, who will reveal the winner in February 2013 at the UDG’s Awards evening.

Regular features include the classic texts Urban Design Library looking at How to Play the Environment Game by Theo Crosby revisited by Finn Williams. There is a report on the UDG’s AGM and other recent events, plus the Urban Design Interview talking to Katy Neaves and the regular endpiece by Joe Holyoak.

URBAN DESIGN is the leading journal in its field. Each issue provides in-depth analysis of topical themes, with contributions from leading practitioners, policymakers and academics from the UK and abroad.  This extended issue of 56 pages offers a mix of articles, short reports and listings that reflect the diversity of urban design today. This is a journal that no urban design professional or student should be without. 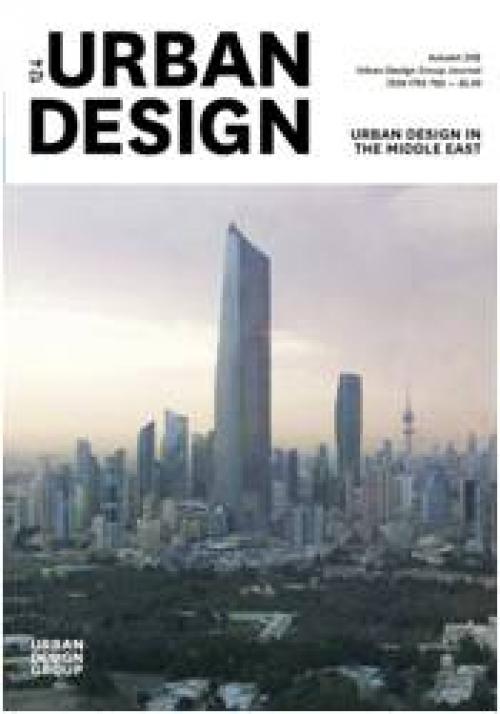