Architects, planners and urban designers have tended to shun the suburbs as being sub-urban, an inferior kind of environment, neither rural nor really urban. Yet most people live in suburbs and, because of the neglect of professionals, they are the territory where volume builders rule.

This issue of Urban Design looks at suburbs in a more positive way and attempts to give them a new image for the future. Jon Rowland, the topic editor for this issue, has assembled articles by a number of thinkers, commentators and practitioners with the objective of putting forward ideas for the design and development of the 21st century suburb.

On another matter of interest to our readers, Neil Double adds to the previous issue’s topic dealing with local authority work, by describing how the London Borough of Tower Hamlets embedded urban design into their Local Development Framework. Meanwhile another international contribution comes from Mauricio Hernandez Bonilla who looks at the role of public spaces in Mexico’s divided society.

Three projects shortlisted for this year’s Francis Tibbalds Awards are also published in this issue, as well as a contribution from CABE, news from different parts of the country, the regular interview of one of our members, book reviews and the usual endpiece by Joe Holyoak. 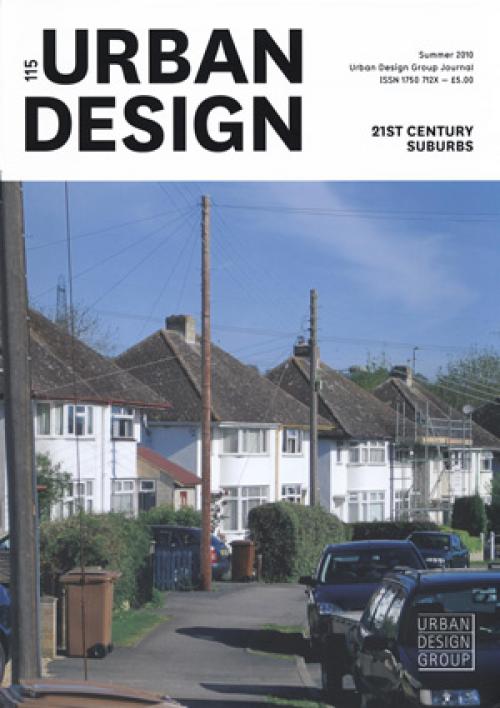