What Makes a Great City

On first opening this book, it is easy to think ‘not another recounting of public space design principles’. Indeed, the list of six characteristics of the public realm will be familiar to urban designers: Open to Anybody, Something for Everybody, Attracting and Retaining Market Demand, Providing a Framework for Successful Urbanization, Sustaining a Habitable Environment, Nurturing and Supporting a Civil Society. The book has one chapter dedicated to each, sandwiched between an introduction on The Importance of the Public Realm and two more chapters that complete the book on Using the Public Realm to Shape Everyday Life in the City, and Creating a Public Realm of the Twenty-First Century. So far, so familiar.

However delving into the text, three things stand out. The first is that public realm is defined as places to which the public normally have access, irrespective of ownership. For those who have read the extensive literature bemoaning the loss of true publicly-owned publicly-accessible space, this book is less usual in explicitly defining the publicly accessible realm as public.

The second is that this non-ideological stance is accompanied by a focus on place itself as client; the objective of discussions is always to understand how to create a more pleasant and attractive public realm, as assessed by the author’s observations. This is not to say that he is unaware of the politics in these spaces, but he is matter-offact about them. For example, he discusses Moscow’s Red Square and St. Petersburg’s Palace Square and their use in relation to the political tides in Russia over the 20th century. Yet he does not mention the more recent political oppression in the public realm – the space of public discourse – in the country, because presumably, there is no observable direct impact on the physical public realm.

Third, the interplay of social, economic and institutional forces that shape and maintain these public realms are well-presented. There is significant discussion about the roles of both markets and the government in the making of these spaces. This is where the book’s informational content is most valuable, because the cases are discussed both spatially as well as in terms of the institutional arrangements that brought about these configurations.

It is a well-structured book based on illustrations and cases, some very wellknown, other less so, but all found in cities in North America and Europe. Each point is always made with at least one example, the range of which are unusually wide geographically as well as in subject matter. All are illustrated with photographs, many with diagrams drawn especially for the book. This was an enjoyable and easy read, a useful source of public realm precedents for students and practitioners. If it does at times seem like holiday snaps, they are those of a very experienced and knowledgeable public realm practitioner. I am glad he has shared them. 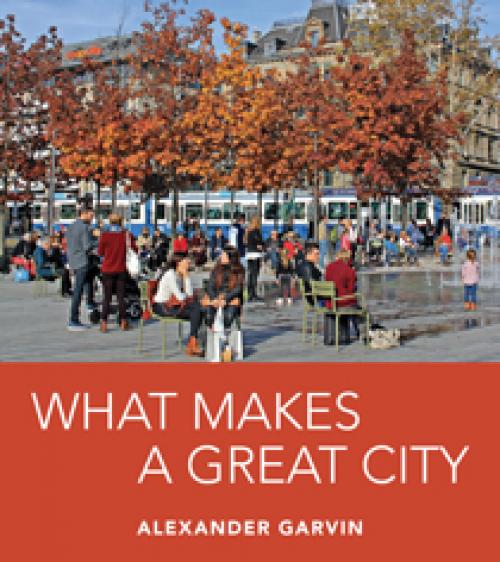