A manual for cities in the Anthropocene era, this book begins to map out an expanded horizon for readers wishing to plot the future of sustainable urban design, pertinent especially since in recent times the policy hooks for promoting sustainability have proved so slippery. Rather than defining a city by a singular quality such as its carbon emissions or its economic performance, Sustainable Urban Metabolism aims to build the arguments and identify the tools for creating integrated models of cities.

The authors, working in the context of the MIT Portugal Program focused on research into engineering systems, bring a systems approach to the field of industrial ecology; it is interesting to see the rigors of the scientific method deployed in ecology generally, brought into a discussion about the city.

A contemporary idea of cities develops through the book. Globalisation and intensifying urbanisation are seen as interdependent and each city is part of a global network depending on ‘multiple linkages between…. communicating hubs of urban systems’. Cities are described as distinct metabolisms with their own characteristics, each generating flows of water, material, energy and nutrients.

The book proceeds in four parts: firstly industrial ecology is introduced as a means of more rigorously defining sustainable development. Then the tools and methods available to assess the resource intensity of cities are explained, and a new model is proposed integrating the different dynamics of urban areas to describe an urban metabolism. The book concludes by identifying case studies from developing countries.

The purpose of understanding the city as a metabolism is identify and manage material and resource flows, and become more efficient. The authors give an account of studies in Vienna, Hamburg, London and Lisbon that have modelled the stocks and flows of materials through the city. In Lisbon researchers tracked biomass, fossil fuel, metals and non-metallic minerals: 80 per cent of the 11 million tons of material used in one year were non-renewable, and 64 per cent of these were in construction. Already this demonstrates that the current focus in sustainable development on fuel, water, food and transport obscures the impact of the material of the city itself.

In their opening chapter, the authors note that ‘there is an indisputable link between information, comprehensibility and democracy’. To be able to understand the systems in which we participate, we need to foresee the consequences of our actions well enough to take responsibility for them. The rethinking and modelling of the city as a metabolic system could be used to identify other long-term drivers for sustainability that could be widely owned and perhaps withstand hard times. 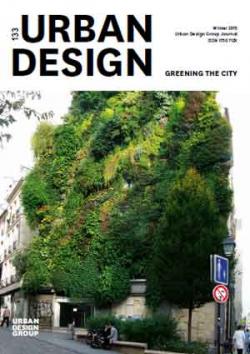