To witness the gaggles of small children playing in the fountains in front Central St Martin’s Granary Building is to see the intended integration of the King’s Cross development into the city. The fountains have been adopted by families from neighbouring areas, who easily swell the new developments’ child density on sunny days beyond the approved 18-23 per cent. Peter Bishop and Lesley Williams’ case study of King’s Cross is the mediated insider story of how, if the timing is right, a new city quarter is realised, one deft and sometimes perilous step at a time.

The book sets out the history of the site and previous unrealised projects, and gives an account of how the vision for the 27 hectare North Central One was evolved and negotiated. It draws on Peter Bishop’s own experience as Director of the Environment at the London Borough of Camden (LBC) from 2000 to 2006 and supplements that view with interviews with 40 people, to give an account of the process from different points of view.

This case study demonstrates how it is worth investing in thorough design processes early on as this generates solid foundations for informal decision-making at later stages. Instead of appointing a single master planner, the developer Argent appointed a landscape architect and two architecture and urban design practices to work collaboratively. They held a two-day design charrette exchanging preliminary research, exploring precedents and agreeing design parameters. The masterplan then evolved as a flexible framework over four years, being tested through design review and adapted to reflect learning from consultation.

There is an apology for identifying King’s Cross as ‘just another piece of London’, but also a recognition that an important and challenging priority was to generate seamlessness with the surrounding city. Hence the masterplan was structured around a clear framework of streets and public spaces linked to the existing street pattern. For LBC, integration extended to achieving a social mix, providing 50 per cent affordable housing and offering proactive support for local young people growing up with the development.

The book gives a clear account of the consultation and decision-making processes and the successes and travails of both. It acknowledges that the conditions that made this a successful development process are not replicable all of the time, such as: the intelligent use of public landholdings; the selection of a development partner on quality and approach; a brief requiring a mixed use estate under long-term ownership; the empowerment of officers to make decisions on clearly defined policy direction; and, the careful evolution of a coherent shared vision.

There is plenty to learn from this rigorous and sometimes amusingly candid account, for one, the recommendation that a central task is to invest in relationships in order to build trust between parties. That perhaps is the foundation of how the re-making of the city can be contested, tested and expanded upon with necessary generosity. 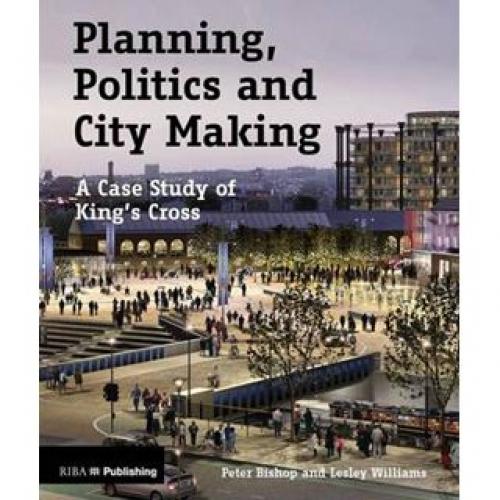