The relationship between urban design and the fulfilment of human needs, and that of urban design as a means of communicating to the users of the urban environment, have both had long histories in scholarship and practice. Jenny Donovan brings these two strands together, and updates, extends and deepens their relationships and ultimately merges them within the frame of designing a compassionate city. This is really a reframing because firstly almost everything that is suggested here is already what we know we should do as designers, although we do not always achieve them, and secondly, these are placed into an overarching and coherent framework.

Unlike in Maslow’s famous but rigid hierarchy, the array of needs in this framework have interactive relationships with each other, and also with wants and motivation. The way to deliver these needs is to design bearing in mind that the urban environment, and all that happens in it including the behaviour of people, is the source of messages to all who experience it. These messages shape needs, wants and motivations, and in turn the actions of users in response create messages themselves.

Thus, in the first part of the book, two classic ideas that have informed urban design – the fulfilment of needs as an urban design end, and the production and receipt of messages as a means of designing – are brought together in a new and compelling way, supported by wide-ranging ideas drawn from cybernetics, economics and environmental psychology. It is a cogent exposition from first principles and presented in a way that serves the design discourse very well. This book is also the most recent example in a growing trend of defining urban design in a way that goes well beyond shaping physical configuration, and extends to understanding, if not always influencing, the software and ‘orgware’ too. By hardware it means the physical components, by software the ‘cognitive processes by which we interpret’ the hardware, and finally orgware is the ‘framework of authority that allocates and protects resources’. All of these ideas are brought together into a series of evaluative dimensions, which asks whether a city has hardware, software and orgware features that either support a compassionate city, or its opposite, a neglectful one.

The second part of the book contains a series of short case studies drawn from a very wide variety of urban design situations, from the West Bank and Belfast, to London play streets. These are direct and to the point illustrating the book’s central thesis. The final part of the book draws together these thoughts to set out, amongst other things, the obstacles and pitfalls to designing a compassionate city and what the principles are for such a city.

The ideas and their thoughtful marriage are a call to reflect on our own urban design practice. Indeed, the compassionate city could be a new practical theory of urban design that sits between environment psychology and semiotics. In the book, the ideas have been presented well, but in way that is almost too measured. Its subtlety contrasts it with the fizz-bang of much of the recent urban design as ‘commoning’ and the stodginess of mainstream community planning discourse, both of which deal with many of the same issues, but are only marginally about designing. In contrast too, this book is very clearly about design. Repeated reading is required to fully appreciate its contribution to urban design discourse and practice. 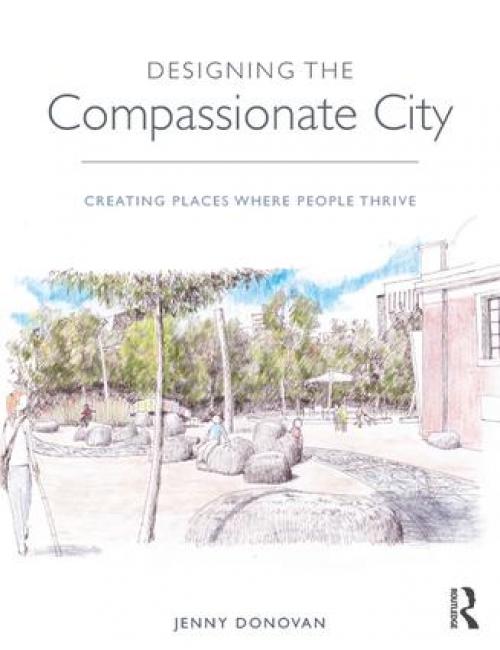