A product of the Third Way New Labour government, the Commission for Architecture and the Built Environment (CABE) took the mantle of its august establishment predecessor, the Royal Fine Art Commission, and rapidly grew in terms of size, scope and influence. Its work included design review, enabling, policy, campaigning and research, carrying out activities directly itself and more widely through its support of networks of individuals and organisations across the country.

CABE’s existence was short-lived however, and within a dozen years it had ceased to exist, a victim (almost accidentally, it transpires) of the Conservative-led coalition and their ‘bonfire of the quangos’ and slashed public spending in the austerity-driven climate that followed the global financial crisis. Carmona, de Magalhaes and Natarajan, all researchers based at the Bartlett School of Planning UCL, tell the story of CABE’s creation, growth and demise in great detail, contextualising this in relation to its predecessor and successor organisations. They explore in more abstracted academic terms the governance of design as an activity, look at the ‘toolbox’ deployed by CABE (evidence, knowledge, promotion, evaluation and assistance) and conclude with reflections on the impact and legitimacy of design governance itself.

This is an extremely thorough book, the product of exhaustive research undertaken directly by the authors, who were recipients of grant funding that enabled them to engage with CABE to document and evaluate its activities in the dying days of the organisation. The book represents the final stage of that research project and is a clear demonstration of the effort and rigour applied over an extended period. They undertook a review that included an astonishing number of documents and publications – a reflection on the growth and productivity of CABE in its pomp – and carried out numerous interviews with key protagonists, some of whom are quoted directly, others with anonymity protected. It is striking, and overtly expressed by the authors, that CABE was an organisation that ‘punched above its weight’, with influence far greater than its tiny size in governmental terms. In doing so, it polarised opinion and ended with strong supporters and vocal opponents, particularly because of its role in the vexed area of design review, bringing with it issues of subjectivity, power and influence in the context of commissioning in both private and public sectors.

The story is a fascinating one, and the supporting theoretical contextualisation is important, not least because of the authors’ concluding reflection on the cyclical nature of state intervention in quality of the built environment. When government, which currently continues to proclaim the importance of design quality, even if its money fails to follow its rhetoric, decides that a laissez-faire approach is insufficient, this book should be recommended reading for academics and policymakers seeking to shape the next generation of the story. One has the sense that an additional chapter may be needed to this book before too long. 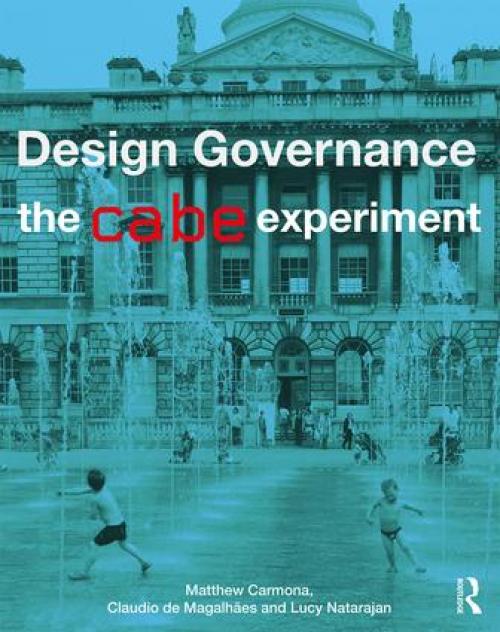