This collection of essays by scholars, practitioners, architects and activists was developed from three public events at the Parsons School of Design in New York City in 2008, 2011 and 2013. As a consequence, it has the character of a conversation that has been honed over time with the individual contributors expanding on different elements of the debate. The scene is set by the editor with an account of Mayor Bloomberg’s New York where by the end of his time in office in 2014, the top 1 per cent of the population commanded 30 per cent of the city’s income. As well as the inequities thrown up by the Bloomberg Mayoralty the authors engage with effects of the post-socialist free-for-all in Yugoslavia and with left over, left behind, peripheral and contested spaces in European and American cities.

In this context the essays make a collective critique of the way neo-liberal economics has driven city form to follow ‘fiction, finance and fear’, disenfranchising citizens and hyper-commodifying public space and housing in the process. They argue for a fundamental cultural shift from calibrating urban experience through consumption, to engaging with social production as the driver for more sustainable change. As a group, they have developed different ways of practicing to enable them to invent new modus operandi. Some practice as collectives such as The Hester Street Collaborative, Amplify, or the Centre for Urban Pedagogy. And some ‘scholar practitioners’ use their academic institutions as a base to experiment with working with communities in different ways, often bringing the ability to patiently document and nurture evolving community-led processes. They argue for ‘people’s right to determine their own meaning’ which, in a sense, extends to themselves and their right to determine meaning through their practice.

The essays describe how different groups of people organise themselves and gather skills envisioning increasingly ambitious spaces, whether these are a skate park under a freeway, or a recreational route linking for the first time a community to its waterfront. The urbanities are concurrent because their value occurs in locating where ‘bottom up and top down forces collide’. For example after Hurricane Katrina, the authorities in New Orleans proposed clearing suburban homes to increase wetland areas. Deborah Gans supported householders to negotiate this conflict, designing a landscape that included both the homes and wetlands. Many of the essays cover a time frame that spans the millennium and is bookended by two global recessions, with the practices developing their work both despite and because of these economic conditions. As a prompt to reflection on practice and/ or policymaking it is rewarding to read and is refreshingly challenging without being obscure or formulaic. It makes a convincing case for the value of research-based practice to inclusive city making. 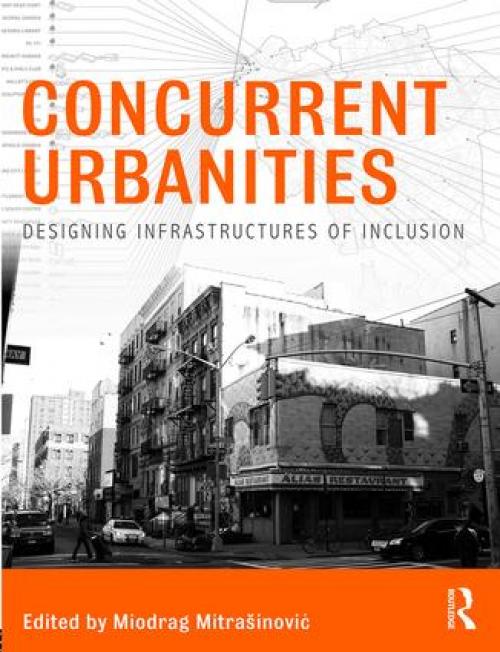