The preface to Climax City has the subtitle ‘obsessive cartography’. The phrase serves well as a succinct encapsulation of its authors’ motivations and the content of the book, which, they freely acknowledge, is the product of many years of thinking about cities through the act of mapmaking.

Climax City is global in its scope and aims to explore cities and settlements around the world through the production of plans drawn to common scales and notations, allowing a systematic comparison of urban form and structure. Five scales are carefully chosen, each successively five times larger or smaller than the preceding one, creating radii that range from 80m (tissue) to 50km (context), allowing issues of landscape and infrastructure to be communicated strategically alongside the spatial and experiential qualities of specific key locations.

The plans and the illustrations, which include atmospheric hand-drawn perspectives and explanatory diagrams, bespoke and have been created by the authors. The work is a labour of love and clearly the product of extensive research and exploration. The locations studied range from informal settlements to planned contemporary metropolises, and the book conveys a profound interest in how and why such environments are created; urban form is not viewed in a dispassionate analytical manner, but with a critical eye to the social, political and economic dynamics of cities and the processes through which they grow and change.

The book is organised into four clearly defined sections. The Spontaneous City looks at places that have grown in organic and informal ways through the emergent behaviour of multiple individual decisions, often in places of deprivation, lacking the infrastructures or power systems of higher-level governance. The Designed City by contrast, introduces the formal act of masterplanning and the superimposition of order, often expressing notions of idealism and power. The Unruly City showcases locations of divergent dramatic change, including those characterised by explosive growth, decline or limitless sprawl. The fourth section, The City and the Planner, explores and celebrates the processes through which planning and urban design activity seeks to guide and direct the city through time, responding to social, technological and environmental considerations, showcasing changing attitudes during and beyond the modernist eras. The final chapters look to the future and the challenges and opportunities of the 21st century city.

To most readers, many of the cities and phenomena described in the book will be familiar; others will be unexpected juxtapositions or revealed in new ways through the comparative drawings and commentary of the authors, drawing on their professional experience and academic research. The work covers a wide range of conditions around the world and the writing is underpinned by an enthusiasm and curiosity to celebrate diversity, commonality and an interest in the mechanisms through which these environments are created.

The title of the book is drawn from a biological metaphor: the concept of ‘climax vegetation’ is the distinctive natural state towards which an area of landscape will move in the absence of human intervention; each part of the planet has a different climax state dependent on climate and local context, and this seemed to the authors to be analogous to the diversity of urban conditions around the world. Climax City is an optimistic celebration of that diversity. It is a fascinating read and a beautiful artefact that will be enjoyed by – and should be strongly recommended to – a wide range of professionals, academics and a curious general audience. 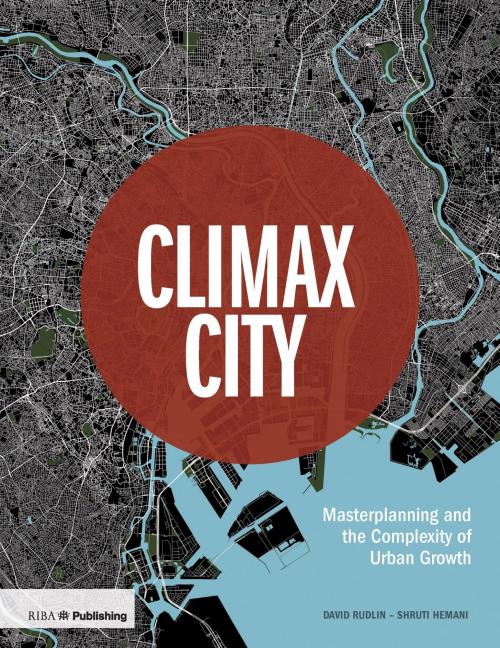