The radical drive of the City of Well-being is based on the argument that it is unethical to be unaware of the negative impact that planning decisions can have on health and well-being, and to not engage in this issue, whatever the political landscape. Barton cites the example of how Portland, Oregon, ‘breaks the neo liberal taboo’ by committing to and delivering ‘health, equity, prosperity and education’ in its 2012 plan and has committed to measuring success against levels of obesity and carbon emissions.

The book sets out how the image we have of ourselves as a prosperous nation conceals a patchy and perhaps fragile distribution of well-being nationally. Barton offers evidence that the UK is second only to the US in having the highest rising trend in obesity in the world (in 2014). Living in the UK’s poorest neighbourhoods you could expect to live on average disability-free to 53, 17 years less than somewhere with better access to economic opportunity and housing.

Spatial distributions of built and landscape form and transport impact on diet, physical activity, social interactions, air quality and access to nature, affecting physical and mental well-being. The author’s research into variations in active travel shows that different suburban forms and locations can support as much as 60 per cent active travel or as little as 20 per cent. Recently the cross-party report Creative Health: The Arts for Health and Wellbeing recorded that 85 per cent of people in England agree that the quality of the built environment influences the way that they feel.

The book builds on the author’s previous publication Shaping Neighbourhoods (2010) and research for the World Health Organisations Healthy Cities Movement (Barton and Grant 2006). The Settlement Health Map is offered as a tool which identifies a range of scales of design activity that can impact on well-being, defining urban areas in the context of the biosphere or bioregion.

Observations around the spatial planning and design of neighbourhoods may be of particular interest to urban designers. A green infrastructure-led approach to planning an expanded neighbourhood is proposed, recommending that designers should aim to create a ‘multi-functional open space network’ linked by walking and cycling routes. The conventional structuring of, and interrelationship between neighbourhoods is also investigated.

This is a very thorough compilation of research into the spatial enabling of wellbeing drawing on a professional lifetime. It is a useful textbook for planning and urban design students as, through the lenses of health, well-being and quality of life, it provides an in-depth guide to planning processes and their relationship to land ownership, civic rights and governance, which is extended through case studies.

It makes clear how planners should not avoid thinking strategically if they want to make genuinely sustainable places, which are not generating a future burden for health services. It is time to be ‘explicit about values’ and know the spatial and design bottom-lines when setting out to negotiate development, says Barton in his concerted call to put people back at the heart of planning. 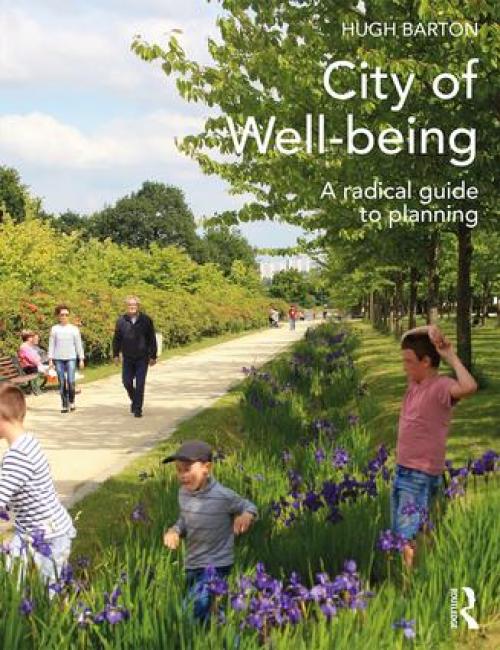