The book begins by explaining how approaches to character have evolved and how the role of the concept in planning has developed. It then expands on the elements of character for designers and communities to consider, and concludes by describing how character analysis usefully describes places but also can be the basis for informed proposals.

Characterisation evolved initially in the 20th century to articulate and preserve a language of place that was perceived as being eroded in post war development. Thomas Sharp described the anatomy of villages as if they were a body made from the landscape, and WG Hoskins in The Making of the English Landscape (1955) described the settlement as an artefact able to reveal history through its embedded field patterns and archaeological traces. Both began to identify character as being defined by the structure of places, not only their appearance. In the 1960s, a more forward-looking interpretation took on the influence of cinematic experience and psychology, and acknowledged the subjective everyday experiences of individuals in the community, extending concepts of character beyond historic analysis. At this time Gordon Cullen and Kevin Lynch’s works identified place phenomena pinned to movement, such as serial views, paths, nodes and edges. Both introduce the idea of notation – a shorthand diagram describing character.

In discussing the role of planning, the book begins to tell us about how policies can be developed with communities so that they ‘are grounded in an understanding and evaluation of each area’s defining characteristics’ (NPPF 2018). The components of character are described in depth, from the scale and role of the area being studied and its boundaries, to the shape comprising grain, scale, form, settlement typology and street pattern. An analysis of Taunton is given as an example, where the history of the town from its medieval castle to its late 20th century silk and collar factories, is described in a jigsaw-like diagram that every town should have, especially as towns morph and grow again, and uses continue to flex and change. Further chapters detail the role of building style and form and public space, as well as landscape interfaces and setting.

A comparative analysis of a 19th and late 20th century suburb of Freiburg demonstrates how a relationship can be created between the character of old and new by maintaining a similar street pattern and block form. The fixed elements are not the building style but features that define massing, plot and section. Throughout the book we are reminded that it takes time and careful consideration to make these translations. For example, the authors describe how Unwin’s design for garden suburbs were influenced by Camillo Sitte’s study City Planning According to Artistic Principles (1889) that was in turn researched by visiting historic German towns.

The book is dense with useful observations. In the components of character, an interesting diagram shows how a richness of character that is legible lies between the monotony of too much uniformity and the randomness of too much variety. It is also generous in offering considered approaches distilled by the authors in their teaching and practice. Given its title, the book is ambiguous about whether it is addressing communities. It is clear that communities could refer to it and use it in preparing neighbourhood plans. But the community of designers and policy makers would benefit just as well. 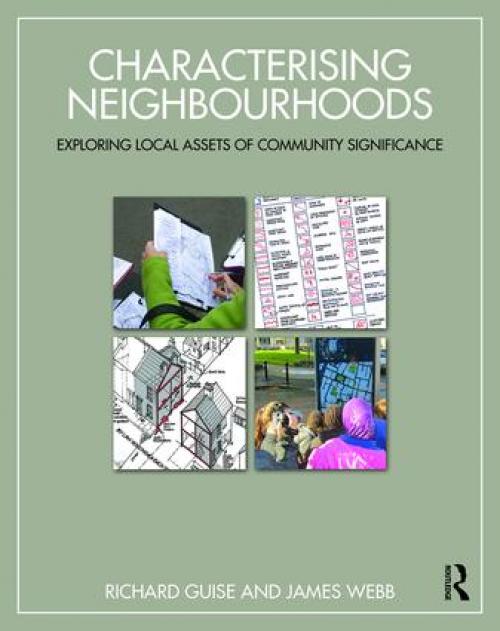