Whilst many of us are increasingly fed up with the morning and evening commute, how much time have we actually spent thinking about the many small ways we could improve this situation? Beyond Mobility posits the ‘core premise that improving mobility has overly dominated past planning practices, ... and that a systematic framework for reordering priorities and meaningfully reforming policies and practices has received less attention than deserved’.

Shifting from sprawl to a more compact development should not be treated in only binary terms; it’s not necessarily only about removing cars from city streets, but also about using bikes, public transport and walking for a larger share of movements, as well as increasing the use of more sustainable fuels. Transport infrastructure remains important as one of the most powerful ways of growing local and regional economies.

The pace of structural change is also an important element if we genuinely want to achieve a shift in focus from motorised movement to the needs and aspirations of people and the places they want to go to. Cities can again be the social, cultural and economic hubs of human activity they were before the dominance of the car for most of the last century, moving beyond mobility through urban recalibration. This has particular relevance for developing cities where transportation decisions will have such a huge bearing not just on the lives of the people living in them, but by extension, on the rest of the world.

Linking theory with practice, the book includes case studies, some successful, some less so, to show how to connect and create places that people want to be in and where they can move around easily. So accessibility becomes the priority instead of A to B times: car-based planning focuses on saving time, accessibility on time well spent.

The book’s contents are: Urban recalibration; Better communities; Better environments; Better economies; Urban transformations; Suburban transformations; Transit-oriented development; Road contraction; The global South; Emerging technologies; and Toward sustainable urban futures. It includes tables, graphs, diagrams and colour photos, all of which are referred to in the text, and notes, a selected bibliography and an index. Case studies and discussions of places worldwide include London, Seoul, San Francisco, Guangzhou, Ahmedabad and Rio de Janeiro.

The higher priority should be the quality of the place we want to go to, not how we get there; the object of travel is social and economic interaction. The example of a house design further clarifies this: whilst plumbing and electrics are important, they should not dictate style, layout, views, and spaces. The issue is about improved accessibility, not travel times; ideally most of the services needed are near places of residence.

This argument brings mixed use planning to the fore. Aggressive road construction has cut through neighbourhoods and separated communities, as well as lowering property values and people’s quality of life. Improved quality of places and spaces allows people to live, shop, learn, play and work in areas that are easily accessed, where transportation networks also improve the economy, the environment and people’s experience of using the system, and increase social capital and quality of life, not least in reducing the time spent travelling.

This convincingly reinforces the links between sustainable cities and economic performance, a higher quality of life and an improved economy. But with improved accessibility and neighbourhoods, policies need to allow those places, including city centres, to be inhabited and enjoyed by all social sectors of society. The introduction of congestion charging in London in 2003, initially resulted in a foreseen increase in traffic speeds but by 2008 allowed what was essentially a ‘capacity grab’ of public space. The resultant shift of travel time savings from private car drivers to bus riders, pedestrians and cyclists also benefitted all space users with cleaner air, fewer accidents and a generally improved urban milieu.

Urban recalibration is more evolutionary than revolutionary. Rather than relying on the hopes of a new technology (currently driverless cars) or societal development (millennials preferring urban core living) to solve problems in one fell swoop, it is more a question of genuinely engaging with the challenges of inhabited areas and improving them little by little with coherent thinking and policies.

For students and professionals to gain further understanding of other related disciplines, whilst perhaps not necessarily saying much that is new (which the authors acknowledge), the range and combination of topics in a single volume combined with some historical summaries and case studies across a range of places together with a readable language, make it a useful book. 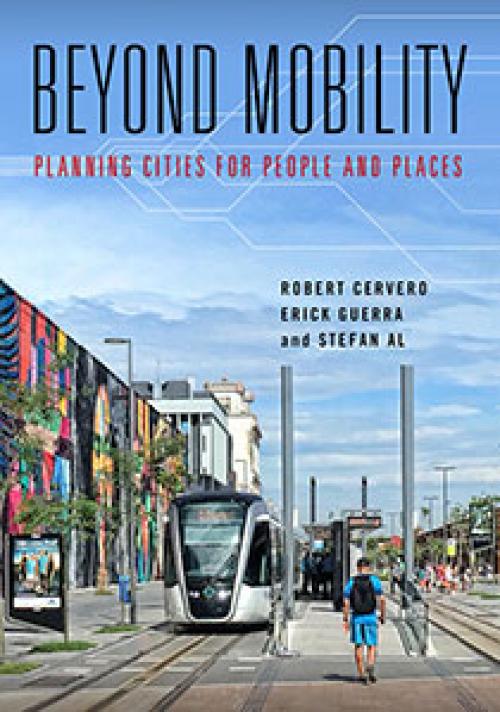