The Art of Building a Garden City

The Art of Building a Garden City is a timely book. The provision of housing in the UK has risen to political and media prominence as the question of the quantity, quality and location of places to live becomes a matter of increasing urgency. We are in a period in which supply vastly and consistently falls short of demand, with inevitable economic and social consequences. In 2017, as Milton Keynes celebrates a half century of its existence, the idea of solving at least part of the housing crisis through the creation of new settlements of significant scale is back on the table after decades in which New Towns had fallen from favour.

The book has been written by three senior members of the Town and Country Planning Association (TCPA), which itself was originally created at the end of the 19th century by Ebenezer Howard to promote the idea of the Garden City. The authors and their colleagues are now seeking to act as advocates for the creation of new generations of garden cities, and have created a well-structured, interesting and highly accessible volume which will help to support their cause.

The material is set out in two parts. The first half of the book, Learning from the Past, provides a lucid and well-illustrated chronology in which historic utopian idealism mutates into Howard’s campaigning delivery of the early garden cities and then the post-war New Town period. This in turn has given way to the current situation in which eco-towns and garden villages briefly grab ministerial attention and the challenges of housing, health and climate change create a climate – potentially – in which new garden cities may form part of the solution. The second half of the book, Delivering the Future, devotes chapters to a range of issues and criteria that can make those ideas a reality. This includes the initial challenges of site selection and the planning process, together with key long-term concerns such as financial resilience, stewardship and the implications of climate change.

Numerous case studies and illustrations support each chapter of the book, demonstrating a relationship to the deeper research and enquiry that underpins the TCPA’s thinking. The book is clearly aimed at influencing a broad audience across academic, professional and general interest groups. For those seeking further insight, the book acts as a gateway towards the greater detail to be found on the TCPA’s website. There it is possible to download their publication New Towns and Garden Cities – Lessons for Tomorrow, which in a series of extended documents provides further insight and onward references to explore this important, essential and highly topical subject. The publication is excellent and is highly recommended. 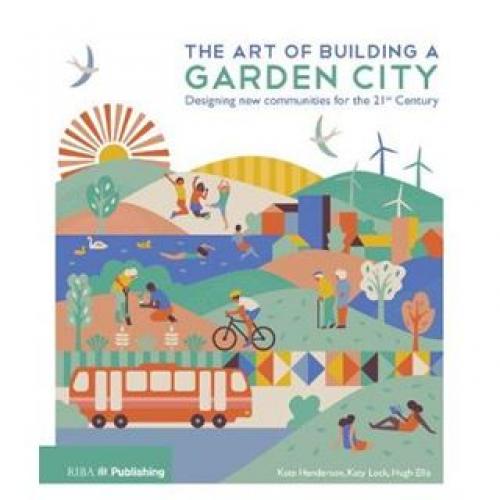