Why Cities Look the Way They Do

‘Cities rarely have designers as such, however much we might want that to be the case’. So Richard J Williams sets out his intention at the start of this short and enjoyable book. He argues that cities are the outcome of processes that are generally unconscious but have physical and visual manifestations, and although design(ers) may respond to, or seek to ameliorate these processes, they largely cannot control them (although Williams acknowledges that this only truly applies in cities of the global economy). Designers may find this statement disheartening, but probably not surprising.

To explain his thesis Williams selects six topics and explores processes related to them: the circulation of money; political power; sexual desire; work; war and control; and the industrialisation of culture. He investigates the physical expression of these processes in cities, resulting in a ‘landscape made by power in its image’, by exploring a wide-ranging set of examples from around the globe, from individual buildings and spaces, through to city districts. Many of the examples are unsurprising: the chapter on power refers to Washington's National Mall, Beijing's Tiananmen Square, and Farrell's MI6 HQ in London. I enjoyed seeing them through the eyes of someone trained in art history rather than design. These are juxtaposed with other less familiar examples, such as Amsterdam's Broedplaatsen in the Work chapter, and the cruising grounds of the Hudson River piers in 1970s New York in the Sex chapter. Williams’ exploration of the six topics is insightful but for a book about looking, more images and colour rather than black and white photographs would have been helpful.

In his introduction and conclusion Williams makes reference to the St Matthew’s area of Leicester, drawing on his personal experience of the city. He posits that it is remarkable because of its lack of spectacle, and that it has a sense of place lacking in the central city: ‘a mixture of grit and neon that flouts conventional good taste’ provides a visual richness and authenticity lacking in many global cities. It is a place formed by accretion rather than purposefully by design. Williams ends by stating that medium-sized cities like Leicester are the future of urbanisation, not the megacities of the global economy. It would have been interesting if he had explored this conclusion further, perhaps considering how his six chosen topics relate to somewhere such as Leicester, as a contrast to the global city examples. Perhaps something for a future book. 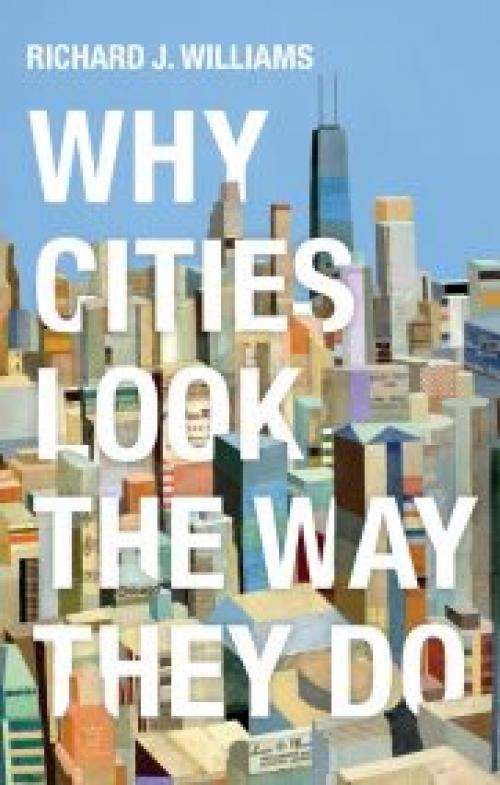