The Fabric of Place, City and Architecture
Steven Peterson and Barbara Littenberg

This is a book for designers looking to apply some reasoned theory to their practice, which otherwise tends to be an intuitive process. Its logical chapters and well-presented diagrams, plans and perspectives are appealing, but it is not a book to dip in and out of.

The authors, New York architects and urban designers, explore the relationship of architecture and urban design, mainly through competitions and lectures/discussions. They see space as the primary medium of urban design and the civic realm of urban space as disappearing from our cities. This has led to architects looking for novelty at the expense of the city, and star-architects seeing buildings as newness for its own sake.

The nub of their thesis is that space and anti-space are oppositely charged: antispace is formless, infinite and continuous; space is formed, finite and discontinuous. When space was the dominant design concept, geometric order prevailed, and harmony was created by mathematical ratios. The ideal city was the sacred realisation of formed space, and anti-space only became dominant when geometry and physics were questioned. Cubism, a form of visual analysis, is seen as a turning point in how space eventually became anti-space.

To explain space and anti-space, they cite the gardens of space as demonstrated in Villa D’Este in Tivoli, and Villa Lante in Bagnaia, and the anti-space of Olmstead’s Prospect Park in Brooklyn or Central Park in Manhattan. Other examples come mainly from the US but some from Europe, to explain the concepts. The Les Halles design competition entrants are analysed with some beautifully presented drawings. Urban design plans for Manhattan are another example, looking at the plan of 1994, most of which was adopted by the Bloomberg Vision Plan in 2002.

Ground Zero in New York receives much coverage as the authors were one of the competitors. Urban design is seen as both connected to and independent of architecture. They view the winning Liebeskind’s scheme as being object based, in contrast with their context based proposals that saw the public space as integrated and continuous. It exemplified the ongoing predicament of object vs. context, architecture vs city, individual vs collective, and of course space vs anti-space.

This book provides clear analysis and reasoning as to how space and anti-space interact in the design of great urban spaces, and should subtly filter through to our largely intuitive design process. 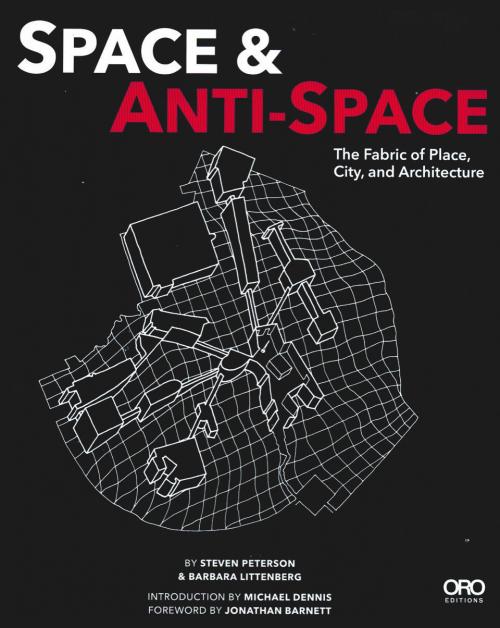