The title of this beautifully illustrated book is connected to hygge or hugging, exactly what could not be done during the pandemic. It means human proximity, conviviality and neighbourliness. Based on his experience in Scandinavia, Sim analyses the elements of the city and how they can combine to achieve these results.

Much of what Sim advocates will resonate with today’s urban designers. Six principles are outlined and developed throughout the book: small scale, enclosure, from stacking to layering, joined-up, multifunctional, concentrated and walkable. The book has three parts: Building Blocks - living locally in an urbanizing world; Getting About and Getting On in a congested and segregated world; and, Living with the Weather in a time of climate change. It ends with nine criteria for liveable urban density, in which the author summarises his views of the future city.

In the first part we get the basic elements of a desirable neighbourhood: the perimeter block, high density but not high rise, vertical and horizontal mixed uses, continuous frontages, active frontages and ‘accommodating larger elements while maintaining human scale’. One example given shows how continental Europe has a different approach to urban living from that in Britain: the German Rathauskeller, a popular restaurant that can be found in the basement of many German town halls, combining leisure and administration in one building.

The second part is about mobility and how walking and cycling encourage sociability. Sim dissects the various elements of the public realm and shows how they can work to favour pedestrians and cyclists and at the same time create a convivial environment. He develops Gehl’s work in Copenhagen extending it to ‘walkable buildings’ and considering in detail each part of the public realm.

The third section considers the relationships between indoor and outdoor, not just in social terms as Jane Jacobs did, but in terms of climate. The elements here include ventilation, vegetation, the sun and water. It explores all of the opportunities for outdoor living in the city, from a strip outside the house through to balconies, sidewalk cafes and beaches.

The final part summarises the nine criteria for successful and liveable urban density: diversity of built form; diversity of outdoor spaces; flexibility; human scale; walkability; sense of control and identity; pleasant microclimate; smaller carbon footprint; and, greater biodiversity. The book can be seen as a kind of toolkit within a theoretical framework, but it is more than that. Much of what Sim says will not be new to urban designers but its value is in the numerous examples, clearly presented and illustrated, and as a useful source for students and professionals. 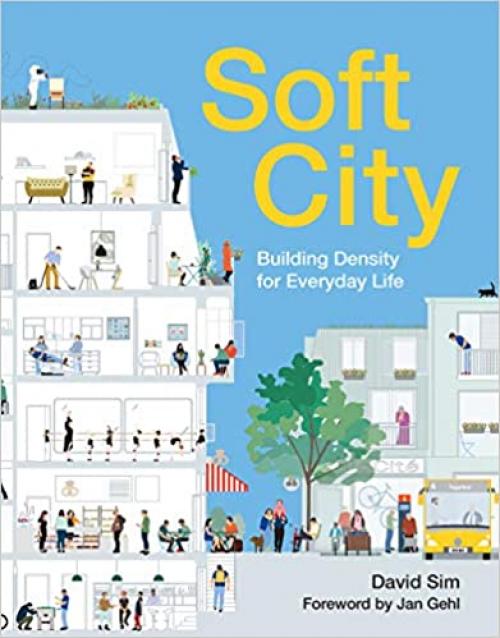