The theory, process and of Experiemics
Kevin Thwaites, Alice Mathers and Ian Simkins

At first glance this book would appear to relate to the recovery of urban environments in devastated third-world countries, but looks deceive. This thought-provoking, infuriating, compassionate and worryingly naïve book is an introduction to a fresh approach to analyse urban form and to involve all sections of society in the urban design process.

The book is divided into three parts but is really focussed on bringing two concepts together. The first part Beyond Boundaries, developing the concept of Socially Restorative Urbanism, seeks to find a more socially-orientated process for urban design. In subsequent parts of the book the authors seek to avoid jargon and emphasise the need for accessible language. Unfortunately this first part is densely written and in a manner that depends so much on the parenthetic use of commas that any thread of meaning is sometimes lost. This is a great pity as much of what appears to be said is important and refreshing. The help of a good lay editor would have been of great value.

Part 2 explores a new way of looking at urban form and develops the concept of ‘transitional edges’, and the accompanying notions of ‘segments’ and ‘spatial porosity’. The authors consciously follow the trail blazed by Cullen and Lynch and in particular by Habraken. They recognise the need for spontaneity and for opportunities to create informal human activity. In effect this is a plea for a return to the informal hugger-mugger of undesigned places. Perhaps this is why the word Restorative is used in the title.

Part 3 explores the notion of Experiemics through a series of case studies that look at ways of involving all sections of society in small scale interventions in the urban form. The authors set themselves the challenge of bringing people with learning difficulties and very young school children into the design process. This is a challenging and fascinating section. It is also troubling, as the authors recognise that to really involve all of these people requires considerable time and resources.

Who this book is aimed at is not clear. There is a danger that it will preach to the converted; it is unlikely to convince hardnosed clients that time should be spent on more than token participation, and where, one wonders, are the social workers and sociologists in the process that the authors advocate we should follow? This is a challenging book and worth close consideration. 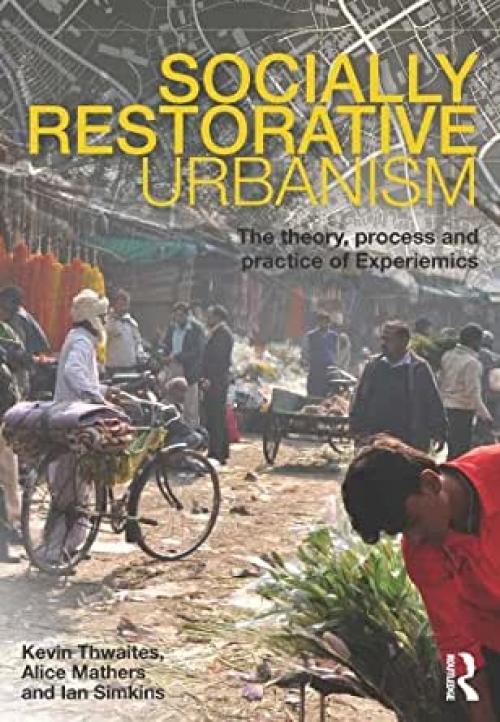